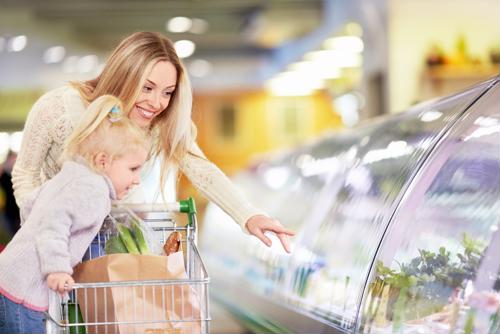 State-of-the-art technology is becoming an increasingly common component to grocers' supply chain strategies, as they attempt to keep shelves stocked and better serve the customer. And it looks like a leading chain in the East is doubling down on its investments in these cutting-edge technologies.

Ahold Delhaize, the parent company of Stop & Shop, let it be known during a recent earnings presentation that the company plans to build more automated micro-fulfillment facilities, whose operations will serve the various Stop & Shop locations along the Eastern corridor, according to Grocery Dive. The announcement comes mere months after Ahold opened its first micro-fulfillment facility in Hartford - Connecticut's capital city - a two hour drive south of Stop & Shop headquarters in Quincy, Massachusetts.

Although it's unclear just how many of these facilities Ahold intends to open - or when development will begin - company CEO Frans Muller stated in an interview with Reuters that "several" more will be built.

What are micro-fulfillment centers?
As their title implies, micro-fulfillment centers (MFC) are relatively small in size in relation to a standard warehouse facility, making use of artificial intelligence and robotics to prepare and package orders that grocers need in area locations. These requests are usually submitted online and fielded by workers who then coordinate and facilitate the foods, beverages and supplies that locations are low on, such as milk, bread, cereals, produce and the like.

As for Stop & Shop's Hartford-based MFC, in particular, it was developed by the aptly named Takeoff Technologies in conjunction with online grocery delivery service Peapod. Takeoff Technologies has become a leading authority in warehousing robotics, as rival chain Albertsons is in the midst of rolling out an MFC of its own.
Ahold Delhaize CFO Jeff Carr, in a question-and-answer session with reporters, said MFCs are ideal because they're highly efficient for their size and don't require intensive amounts of labor to get them up and running.

"The beauty of those centers is they can be added much more quickly than an Ocado type of large scale capital investment," Carr said, according to Grocery Dive.
Ocado is yet another grocery retailer that's jumped aboard the MFC bandwagon, having partnered with Kroger to develop more customer fulfillment centers. The difference between theirs and Ahold's, according to Carr, is the MFCs don't take as long to build, ready in a matter of weeks rather than years.

"Online food shopping surged to 28% in 2018 from just 16% in 2015."
While it took a bit of time to catch on among consumers, grocery shopping via the internet is gaining traction. Indeed, Muller confirmed that Ahold is on pace to reach its 20 percent online sales growth goal by year-end, Reuters reported. He said that he has every expectation that online sales will surge to 30 percent come 2020. Consumer trends, in addition to sales, are likely informing his optimism, given that online food shopping surged to 28 percent in 2018 from just 16 percent in 2015, according to the Food Marketing Institute. Point and click food selecting is particularly common among millennials, over 40 percent of whom say they've purchased produce and other typical supermarket-based goods through their mobile devices, laptop or desktop computers.

Labor union strike looms large
Meanwhile, as the supply chain appears poised to pick up the pace thanks to enhanced automation deployment, executives are hopeful it doesn't come to a screeching halt due to a looming strike among employees. In mid-March, the United Food And Commercial Workers Local 1459, a labor union that represents approximately 1,300 Stop & Shop employees, members will vote on whether to approve a new contract or go on strike. According to multiple reports, contract negotiations are ongoing, after the previous three-year deal lapsed on Feb. 23.

"We look forward to our negotiations with the UFCW locals and a strong, collaborative agreement that continues to reward our associates and maintain Stop & Shop's position as a leading employer, trusted resource and vital community partner across the region."
Procurement News