Plenty of blame to go around for deliveries gone wrong, customers say 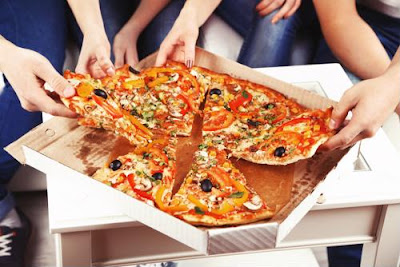 When delivery is what's for dinner but hot meals arrive cold or well after their expected timeframe, dissatisfied customers don't necessarily place the fault solely at the feet of the driver or delivery app service, according to a newly released survey.

Close to 62 percent of respondents said that when they have problems with their delivered food orders, they blame both the person who is bringing the order to them as well as the restaurant that prepares it, a recent survey conducted by market research team Zion & Zion found. This is especially true when pizzas, Chinese food and other traditionally hot meals are cold, with nearly 72 percent of customers co-blaming.


"Millennials are most likely to co-blame."
Finding fault with both parties seems to be particularly common among 18- to 35-year-olds, otherwise known as millennials. Indeed, 67 percent of the millennials surveyed by the market research firm said they held eateries and delivery companies equally responsible, compared to 54.6 percent among non-millennials.

Approximately 1,100 consumers across the country participated in the survey.

Poised for further growth
Delivery service is a multi-billion dollar industry that an increasing number of independent and franchise restaurants are offering, especially with the dawn of food delivery apps such as Uber Eats and Grubhub. Even fast food chains, such as McDonald's, now offer delivery to customers where available, due in large measure to the ease with which customers can have their orders brought to them with a few a clicks or swipes on their smartphones. The golden arches is in good company, noted John Glass, restaurant analyst at Morgan Stanley.

Altogether, delivery currently yields approximately $30 billion in annual sales for restaurants, or 6 percent of total market share. But that total could balloon to as much as $220 billion as early as 2020, based upon Morgan Stanley research.

Optimization strategies
Although delivery typically represents the final destination in the restaurant industry supply chain, these numbers show that it's a key source of present and potential revenue for eateries and customer satisfaction. Some of the more common ways restaurants aim to optimize the supply chain is by making certain guarantees to customers, promising, for example, that menus items will arrive 30 to 60 minutes after orders are placed or they're free. To keep dishes warmer longer, drivers will frequently use warming bags that are insulated or are battery-powered to maintain a constant temperature.

Phoning restaurants directly still accounts for a plurality of the food delivery market at 47 percent, but delivery apps are gaining steam. According to Morgan Stanley Research, in 2017, roughly 18 percent of prepared food items were ordered through delivery service apps or websites. That's up from 15 percent in 2016. Thirty-four percent were via restaurants' online websites or mobile apps, down slightly from 35 percent a year earlier.

This may explain why more household-name and independent restaurants are assuming an "if you can't beat 'em, join 'em" mentality, by partnering with Uber Eats and Grubhub to share in the profits.
Procurement News