Are you Making These 7 Spend Analysis Mistakes? Part Two 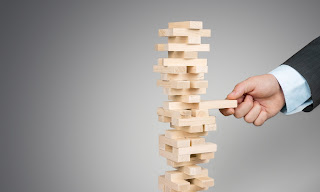 Last week, we discussed seven critical mistakes to avoid during a spend analysis. These mistakes can and will lead to headaches down the line if not addressed.

Since the best way to avoid landmines is to not set them in the first place,  understanding these issues before we begin is the best way to ensure our analysis doesn't suffer form any setbacks.


As a recap, here are all seven again:
We’ve already reviewed the first two – those based on the timing of your analysis. In short, we need to ensure our analysis covers an appropriate span of time to capture all relevant spend and identify shifting trends that may help inform upcoming sourcing initiatives. This week, I’d like to tackle the next two on the list: Which suppliers should we care about?

Many organizations have a large list of suppliers, and collecting data for a spend analysis brings this fact to light – oftentimes, you may not fully grasp how wide the scope of suppliers is until you are face to face with a complete list of them all. So, which ones are we including in this analysis and which should we ignore? Right off the bat, I’d say none of them. Here’s why:

Ignoring low-spend suppliers
At first, it may seem appropriate to ignore the small fry. After all, we are looking for the most bang for our buck – identifying and achieving savings with a million dollar supplier is much more appealing than saving with one representing ten thousand or less in spend. We want the big fish! But is it that simple?

Consolidation of spend is a great point of leverage for negotiations. Offering a supplier greater volume in exchange for more competitive rates creates a win-win for both sides. Beyond the hard dollar savings opportunity, there are soft dollar opportunities as well. Think how much simpler a streamlined process involving fewer players would be. So where does this consolidated spend come from? If we never classify those small fry suppliers, we won’t know what consolidation opportunities exist – we’ve just given up one of our points of leverage during negotiations, and eliminated the chance to streamline our internal processes.

Not Taking Into Account Niche Players
Before we get too gung-ho about rooting out all consolidation opportunities, I want to take a step back. Just because our big fish can eat up all our small fry doesn’t mean that it should.
One of the complaints I hear from front-line stakeholders is that Procurement just doesn’t understand their supplier relationships. This can be true – Procurement doesn’t always have visibility into inherent supplier strengths or weaknesses that muddy the consolidation waters. I’ll give a few examples of this:
These are both valid points, but neither can be discovered through a spend analysis alone. Once we have grouped suppliers into their appropriate categories and subcategories, we should share this list with the appropriate teams internally to understand such fragmentation. Is there a way two seemingly similar suppliers are being utilized that would prevent either from being incorporated into a consolidation strategy?

The Name of the Game is Due Diligence
Faced with a mountain of suppliers to be incorporated into an analysis, it is all too easy to look for ways to lighten our load. Cutting away smaller suppliers or applying broad stroke strategies to deal with them seems like a good strategy for us to cut down on time spent – don’t do this.
By taking the time to fully investigate the universe of our supplier base and then, in turn, reaching out to stakeholders to understand this universe, we are measuring twice to ensure we only cut once. This due diligence guarantees a solid foundation for the strategic sourcing initiatives to come.
That’s it for this week; stay tuned next week as we discuss the final three mistakes on our list.
Best Practices, Data Science