Robotic assistance vs. full automation in the supply chain 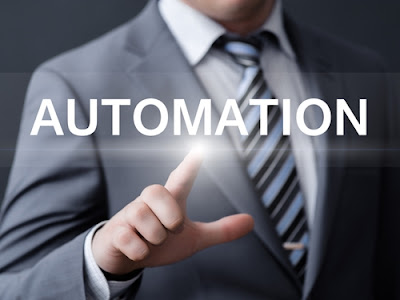 Opponents of fully automated technology, whether it's for cars or factories, sometimes argue that a shift to robotics would replace jobs and be harmful. Currently, the counterargument has invoked a more gradual model that keeps humans in similar roles of authority with AI and robotics only enhancing what they do. Though full automation may happen eventually, the supply side and industries such as retail might learn more from considering a partial approach, with robotic technologies filling an important gap.
Why automate in retail?
To some extent, it's understandable to connect automation with job loss. However, a piece for The Wall Street Journal said that automation has risen to match high demand for labor, a need that has led to the danger of worker shortages. Warehouse "picking," the source said, could be a useful way to lower expenses and process orders, even though the current systems don't quite seem ready for the kinds of warehouse operations currently in demand.

U.S. labor costs may also be part of what encourages outsourcing, as a Digiday article described. Using apparel as an example, this source posited a future where automated robots may reduce production costs and help with restoring practices on U.S. soil, a goal which could coincide with other similar low-cost country sourcing/nearshoring endeavors.
Barriers to full automation
Automated assistance seems more plausible for multiple reasons. One of these is the sheer time and effort it will take to reach the full potential of robotics. Edited data scientist Paulo Sampaio told Digiday about the many immediate forces for change in the clothing industry.
"The apparel retail market is one of the most competitive industries in the world, driven by shrinking product cycles, declining mall and in-store foot traffic, and the online retail onslaught," he said. "But it's also one of the slowest in its uptake of technologies, like automation. Today, it's more than buzzwords; it's table stakes."
Other possible problems include cost and the lag in development. Some tasks may simply be too complicated or impractical for the current generation of AI and robots to cleanly move in to adopt, demanding a kind of co-working approach.
Working together
A Forrester Research piece for ZDNet referenced the need to prepare what it called a "mixed human/machine workforce." That can include a plan for new jobs and other strategy to sustain the workforce/robotics relationship and harness automation successfully for the long haul.
A final key point suggested by this article is the role that incomplete automation might have in preparing for the future. With partial automation already established, companies can try to adapt to the more full version, and potentially have a stronger infrastructure ready to support it. In a retail setting, robotics can support expansion and a better customer experience, as the point of sale and the warehouse both see assistance, not full automation, take hold.
The final outcome will almost certainly be better if strategic sourcing influences a company's growth in AI use.
Procurement News