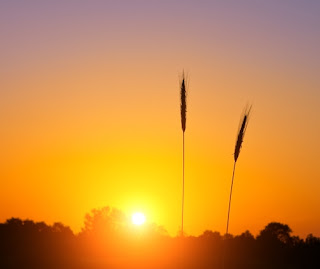 Identifying the key points in any supply chain can help you prioritize your company's newest actions. A Chatham House report recently looked at the issues surrounding the food industry's major trade "chokepoints." The source defined these as coastal, inland or maritime areas which see a large amount of trade and could have huge effects on companies in the event of a disruption.

Seeing the supply network this way might be useful for benchmarking and other management processes as you take action to stop major losses. According to this report, the key chokepoints around the world don't get the level of scrutiny they should, and need support to balance out the risks.

Although there are clear geographic points that take prominence, this can also be a broad-scale, international concern instead of simply the focus of those shipping businesses that directly pass through one heavily-trafficked point or another.

Where are the chokepoints?
The location of the most valuable trade ports might not be surprising, but they can still be important for strategic planning. Some of the most significant maritime areas for crops such as wheat and soybeans, at least for the first 15 years of the new millennium, included famous trading areas like the Strait of Malacca and the Panama Canal. Each location serves as a critical passage for resources depending upon the market, with the Black Sea, for example, a possible boom area for wheat.

One of the main points of the study was the need to understand chokepoint weaknesses. Without a backup option, heavy traffic or other factors could pose serious concerns for companies reliant on a single major trade route. Some grain shipping paths, in particular, have no apparent alternative, leaving participants in possible jeopardy and putting all of the strain on single areas, when there could be better dissemination.


"Some grain shipping paths have no apparent alternative, the report said."
The ports are changing
Since this report mentioned specific ports and routes, it's also worth acknowledging the differing projects which could affect standard trade processes. The Panama Canal seems to be constantly undergoing changes and updates, some of which may affect typical activity or how you plan your own routes.

A July 10 press release said that the expanded canal has been in use for more than a year, and is part of the larger plan to reduce negative environmental impact. Alexis Rodriguez, Environmental Protection Specialist for the important site, mentioned the canal's efforts to reflect the environmental policies of the International Maritime Organization, after already reportedly cutting millions of tons of carbon dioxide emissions.

"Taking IMO's new strategy into account, the Panama Canal remains committed to reducing its impact on the environment to combat global warming, as we have since the Canal was inaugurated 102 years ago," Rodriguez said.

Aside from altering the ports themselves, strategies like these can also signal the more direct threats to food industries. In its "Engage the Chain" look at agriculture, Ceres recently listed the commodity exposure levels for different products. This source said that beef, dairy, fiber packaging and palm oil all had high impact on climate change.

Once again, having the facts available is an obvious benefit for strategic sourcing, especially when the status quo threatens to shift so rapidly.
Procurement News