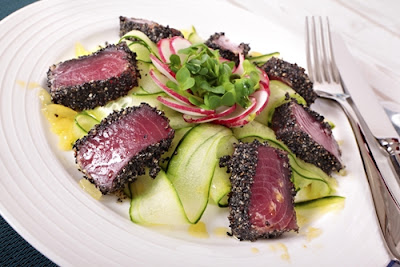 Making a sustainable, compliant fishing supply chain can put a lot of pressure on companies, but big corporations still strive to be better. That could be one of the lessons companies take away from the recent announcement from the tuna business known as Thai Union Group.
Working together
On July 11, the company and Greenpeace released a joint statement detailing shared efforts from both organizations to enforce change. According to this release, the new agreement focuses on multiple different improvements meant to enhance both the quality of life for laborers and the habitat quality of marine life affected by their operations as well.
This includes everything from a bycatch mitigation best practice implementation plan set to appear later this year to an audit program and ethical recruitment practices. Taken as a whole, the agreement could be a major milestone for green commitments in fisheries, especially given the immense size of Thai Union Group and its holdings. As with all major changes to big companies, this could have an extra impact if it proves to be a working model that others in the same industry can follow.
In an article on this development for National Geographic, Greenpeace International Executive Director Bunny McDiarmid wrote about the decision and what Greenpeace's role will be in keeping the company accountable.
"At our request, Thai Union has agreed to pay for an independent third-party audit of their progress on this agreement in just 18 months' time," McDiarmid said. "We will build on the momentum created by these reforms and demand that other seafood businesses step up and follow suit."

"Thai Union Group seems to specifically be looking at some of the recurring issues found in fisheries."
Persistent problems
Some of the issues the agreement aims to fix can apply to supply chains and sourcing in general, but Thai Union Group seems to specifically be looking at the recurring issues found in fisheries, mainly poor regulation for workers and a lack of information on catches.
Despite the awareness others have brought to these issues, there is still much at stake, and the confusion within the supply chain could be enough to dissuade some companies from investing in the supplier relationship management tools they need to course correct.
Is insufficient monitoring the root?
Even though there are many actions Thai Union Group is committing to as part of the agreement, ultimately it seems that the biggest problem is the single one of transparency, or the lack thereof. A 2015 report from Oceana (the most recent of its annual reports available) listed transparency alongside other priorities for companies in heavy fishing countries.
The same report also said that "illegal, unreported and unregulated" fishing was responsible for as much as $23 billion in economic losses each year, as well as more than a fifth of the total amount of fish caught annually. This source also cited data showing an uptick in yellowtail flounder and redfish in the Atlantic Ocean after fishing limits were proposed in the late 1990s for each of these species.
In the effort to follow these and similar trends, businesses in fishing and other food industries might all need to look into new ways to measure activity.
Procurement News