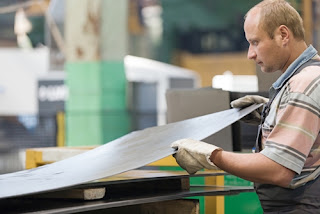 Companies may want to use global sourcing to strengthen their procurement and supply chain operations in the face of labor staffing concerns. Air Cargo News recently reported on a possible worker shortage, which could affect jobs just three years from now, according to DHL. Responding to this threat may be more easily achieved if businesses try to benchmarking services and other tools for reducing sourcing problems.

The scope of the issue
Referencing the report, the source article said that companies could try to take responsibility by making it easier for workers to adapt to the more technological future. With a clear plan, companies could potentially prepare for better employment practices, which might be one way to increase retention.


"Companies could potentially prepare for a shortage with better employment practices."
Supply Chain Dive's analysis of the situation was different. It acknowledged the existing efforts supply businesses have made to drive up recruitment and said that more needs to be done, suggesting that the heads of these businesses could take more initiative.

Larger-scale reports also seem to denote the need for more employees. A Beige Book from the Federal Reserve System said that manufacturer jobs were narrowing, despite a general increase in wages and prices in many of the 12 federal districts. Though the report, as with all Beige Books, was based on anecdotal evidence, it found tight market parallels in cities as diverse as Atlanta, Cleveland and Richmond.

Looking forward
The Bureau of Labor Statistics features a forecast of employment growth for "logisticians" from 2014 to 2024. While it said that job opportunities would be "good" in general over this time period, it also mentioned that the growth rate was 2 percent, 5 percentage points lower than the total projected employment change for all occupations during this ten-year span.

This would mean a mere 2,500 new individual jobs in 2024 compared to the 2014 amount. In a way, the BLS statement is more severe than the other reports, since it suggests that the main industry sources of employment for logisticians, including manufacturing, will decline seven years from now, while supply needs continue. The job openings that appear in this sector may spur on hope, but at the same time, supply executives could have to change the way they allocate resources to match the new reality.

How sourcing might help
Even a report from a source as large as DHL doesn't indicate a certainty, meaning that businesses face a variety of their own supply chain problems, no matter what the reality is. Businesses need to satisfy employment while also ensuring that the labor they do hire meets ethical standards, an especially fraught concern for large, complex chains. Staffing can also parallel other ethical issues, as supply employers look to place more individuals and respect both them and the environment in the process.

Reducing costs and making important supply chain changes can already be difficult, so taking these issues seriously may be an important step in enabling better hiring practices as part of a bigger attempt to set firm lines ahead of the anticipated future.
Procurement News