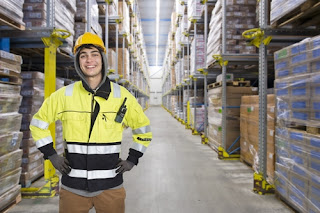 A report from WorkMarket recently cast some light on the real opinions regarding automation and its role in the workplace. Typically, the perception is that workers are distrustful of automation or afraid of losing their jobs, but the highlights of this report seem to show enthusiasm for automation and awareness of how it could possibly make things better, based on the responses of 400 people, half employees and half business leaders.

Automation on the way
Among many notable findings, 90 percent of the subjects of the report said they saw some sort of advantage to automation. While more employers than employees did report feeling "interested" in automation, 58 percent of employees said they believed that parts of their jobs "could be automated," which was only 3 percentage points lower than the percent of employers who felt the same.

In addition, only 3 percent of employees and 6 percent of employers thought automation could account for their entire jobs. However, this could still indicate a growth in positive opinion regarding automation, or at least a sense that incorporating these features into business could be inevitable.


"Incorporating automation into business could be inevitable."
The company's statement on the report quoted Arun Sundararajan, professor of information, operations and management sciences at NYU, on the major potential for disruption that could come with more automation.

"A key to success with tomorrow's mix of traditional employees, digital substitutes and crowd-based work systems is ensuring that the needs of both shareholders and the labor force are met," the professor said. "Productivity gains through automation and on-demand innovation are essential to maintaining economic growth levels that create sufficient future demand for human talent." He also praised the WorkMarket report and said it "encouraged" him.

What jobs can be automated?
A Ball State University Paper, specifically from the Center For Business And Economic Research Rural Policy Research Institute Center For State Policy, cited evidence of the actual consequences of automation in communities and jobs across the U.S., using research from different sources. It referred to the work of Carl Frey and Michael Osborne in the form of a chart showing the most and least "automatable occupations."

The types of careers, and annual salaries of workers in them, varied widely. The list of most automatable positions included mathematical science professionals, with a wage of $66,210, and telemarketers, who earned $23,530 in the same time. The least automatable professions, on the other hand, were mostly health care-related, although that list also included "first-line supervisors of mechanics, installers and repairers."

The BBC supported this idea in a recent article where it affirmed the possible value of "emotional labor" in the coming years, which might be more difficult to automate, if not impossible. This includes education and care roles in particular.

As a piece for The Manufacturer stated, automation also potentially means connecting devices and systems to each other. The source said that the Internet of Things means devices could work together for production efficiencies. That means that automation, as opposed to simply being its own process, may also perhaps serve as a lynchpin for different transformative processes. Strategic sourcing can also be a similar driver for change.
Procurement News