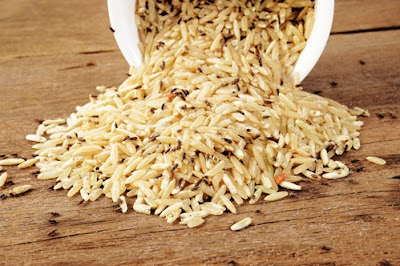 China's economic dominance has been a major discussion point for those wondering about the future of international relations, and some of the more recent developments point to a possible swell in opportunities for the U.S., despite its large existing deficit.
Trading rice
The U.S. Department of Agriculture released a statement on a new decision that could signal a notable change in policy. As this statement said, the agreement would initiate rice exports to China from the U.S., potentially placing the latter country into greater prominence, making it part of a market that, by the USDA's count, represents demands for millions of tons of rice.
In the same statement, Agriculture Secretary Sonny Perdue remarked upon the possible benefits for the U.S. that can come from this deal.
"This is another great day for U.S. agriculture and, in particular, for our rice growers and millers, who can now look forward to gaining access to the Chinese market," Perdue said. "This market represents an exceptional opportunity today, with enormous potential for growth in the future."

"Could there be a chance to improve upon this economic relationship?"
Although there are some necessary processes the U.S. may have to pass through to meet Chinese trade standards, could there be a chance to improve upon this economic relationship?
The BBC's report on this development also mentioned the ongoing conflict about steel imports, calling it a "tricky issue" and positioning it as the opposite of the possible promise of the U.S. rice exports.
Context
This news came on July 20, closely following reports of apparently inconclusive negotiations between the two countries. Reuters said that the talks haven't yielded as many results as may have been desired, following the "100 Day Action Plan" discussions.
A Department of Commerce press release in May said that the oversight for the discussions included Wang Yang, China's vice premier, and Wilbur Ross, the U.S. secretary of commerce, among others. The top item of a list of 10 "initial actions" regarded beef import regulations for China starting in July, another sign of possible advancements for U.S. trade standing.
Because of all of this, the upcoming trade decisions might reflect the U.S. interest in reducing its deficit, possibly maintaining some sort of trade ties and arguing for better position. If demand for exports continues to be strong, the role of successful, responsive production could be crucial.
The New York Times said that Chinese economy is now adapting to an environment where large conglomerates influence the latest changes and are possibly unpredictable and could over-borrow. Information from Thomson Reuters and the Bank for International Settlements said that nonfinancial borrowing was between 150 and 200 percent as of 2016, and has been above the 100 percent mark since 2011.
This places the non-financial borrowing rate for China far above not just the U.S but Britain, Germany and Japan, with this possibly being a sign of its own continuing financial significance. To get the best advantages in the current economic landscape, businesses may need to use global sourcing and better support their own strategic decisions as well, based on a solid structure.
Procurement News