Year in Review: The Advertising Agency Landscape-Rise of Independents (Part 3) 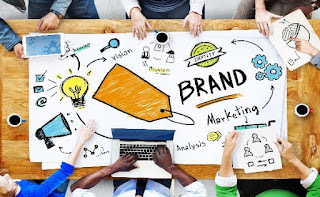 Reflecting on the advertising agency landscape in 2015, we saw a number of key mergers and acquisitions and trends that shaped the landscape as we enter 2016. In the last post of this series, we highlighted some of the M&A activities with the large advertising holding companies, including WPP’s GroupM, Havas, Publicis Groupe, and Interpublic Group. Staying abreast of these activities in the advertising landscape is crucial for marketers, and marketing sourcing professionals, since these mergers and acquisitions may have a trickle- down effect on the agency you are currently working with.
The large holding companies are frequently adding to and changing their agency networks to remain competitive in the ever-growing advertising agency landscape. However, M&A activity isn’t limited to these holding companies. In fact, this past year there was a rise in activities with independent advertising agencies, and as a result these independent advertising agencies are thriving.
But why are companies choosing to partner with independent agencies? Especially when a larger agency may have more name recognition and experience than an independent firm?
First, companies are becoming increasingly interested in transparency with their advertising partners. They want to know where their money is going and be able to calculate a clear return on investment for their marketing budget. Also, many organizations are not interested in being viewed as another client added to an agency’s roster. With an independent agency, the client is able to get to know and build a strong relationship with the staff working on their account and be a focal point of the agency’s efforts. These companies are also using technology to their advantage, creating ads that can reach hundreds of countries and eliminating the need for offices around the world.
Although there have always been independent advertising agencies, in the past these companies have had a difficult time competing against the larger holding companies. However, in 2015 we saw independent agencies on the rise. Here are some independent agencies to get to know.
Horizon Media, the largest standalone media agency in the U.S., with $4.5 billion in ad spend across 100 clients, gained additional recognition in 2015. The company continuously strives to deliver on its mission, “to create the most meaningful brand connections within the lives of people everywhere.” Horizon Media works with clients such as Geico, the History Channel, Corona, and they recently agreed to become an equal partner in a newly created media joint venture, Canvas Worldwide, which will take control of the nearly $700 million U.S. media business for Hyundai and Kia beginning this year. This past year, the company received two Adweek project Isaac Awards, an award that celebrates invention in media, advertising, and marketing and technology. Nominations were accepted across 35 categories and divided into four brackets: Advertising & Marketing, Media, Digital, and Best Practices. Horizon Media competed against companies such as Mindshare, 72andSunny, Leo Burnett Argentina, and J. Walter Thompson. Horizon took two awards for their partnership with iHeartMedia on a radio campaign and an internal invention-development program. Keeping the Horizon mission in mind, enabled these inventions to reach fruition, increasing the growth of this independent agency.
Similar to Horizon, two other independent advertising agencies, Merkle and Cummins & Partners, also expanded in 2015.  Merkle, the largest independent agency in the U.S. for CRM, digital, and search, announced in 2015 that they have set aside $1 billion for acquisitions over the next 5 years. Merkle is looking to fill the gaps in their service offering by purchasing companies that enable emerging digital efforts like native advertising and video in order to compete against the larger holding companies. Merkle has clients spanning numerous industries such as insurance, retail & consumer goods, travel, and media and due to the number of acquisitions in the near future, will be a company to watch in 2016.
Along the same lines, Cummins & Partners, an independent agency founded in Australia, also gained popularity in 2015. Realizing it wasn’t just the business that mattered, it was the quality of people, Cummins & Partners chose to acquire New York based creative agency, dc3. With companies becoming more focused on the individuals working on their advertising accounts, Cummins & Partners wanted to make sure they had an all-star employee roster. Todd Irwin, founder of dc3 produced work for brands such as Verizon, Nikon, and Coca-Cola, and this type of experience will likely persuade clients to choose Cummins & Partners, therefore enabling the independent agency to scale their brand.
What is the endgame for independent agencies such as Horizon, Merkle, and Cummins & Partners? For some agencies they may want to continue to grow and then sell to a conglomerate, such as WPP or Publicis; however, others, and what I expect to be the majority of independent agencies, will remain fiercely committed to their independence in 2016. These agencies will continue to enjoy the freedoms they have as an independent, such as a unique culture and the ability to choose the best talent and work with the best clients. I expect that in 2016 we continue to see more rising independent advertising agencies and an increase in the number of clients choosing to partner with these agencies.

For more insight into 2015 trends and outlooks for 2016, be on the lookout upcoming blogs in this series.

Source One's Marketing Spend Optimization experts will be at ISM2016, where Source One is the exclusive sponsor of the Exec IN forum. Want to save on registration costs to attend this landmark event? Learn more over at SourceOneInc.Com.