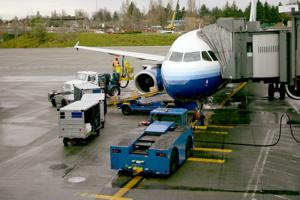 Though Worldwide Flight Services is already one of the largest handlers of air cargo in the world, it is looking to grow its market presence and expand operations in the United States.

This week, the Paris-based company announced the complementary acquisition of Consolidated Aviation Services. The amount CAS was purchased for was not released. However, according to the press release, U.S. regulators will be conducting a review of the transaction terms.

Premier airline handling companies combine capabilities
CAS, based in New York, is also one of the premier air cargo handling companies in the United States. The organization currently works with over 250 airlines, which will provide a major contribution to the 300 international companies already serviced by WFS operations.

In the statement, WFS President, CEO and Executive Chairman Olivier Bijaoui said he believes this business deal will "create a unique organization" in the U.S. that will greatly benefit from the combined strengths of the two companies.

He also expressed his respect for the CAS team and indicated he is confident that the experience of its employees will contribute to "one of the most knowledgeable and experienced teams in this industry."

Strategic acquisitions and investments
The Wall Street Journal revealed that this deal is the first heavy investment made by WFS since Platinum Equity LLC, a private equity company, bought it last year. The source noted that the development strategy included buying a share in Fraport Cargo Services, a unit of Fraport AG responsible for ground handling operations.

"We are delivering on our pledge to support WFS's profitable growth by pursuing complementary, accretive add-on acquisitions which present immediate synergies," Platinum Equity's Head of European Investment Bastian Lueken stated. "On a pro forma basis the proposed transaction should substantially diversify WFS's revenues and cash flow and lead to a reduction in the company's senior secured leverage."

CAS President and CEO Michael Duffy said the company is excited about the partnership with WFS and is looking forward to enhancing its global operations.