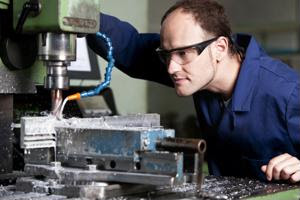 This week, lightweight metals engineer and manufacturer Alcoa Inc. announced it has signed a $1.5 billion long-term supply contract with the aviation division of General Electric.

According to the press release, Alcoa will produce jet engine components made of titanium, aluminum and nickel-based superalloy. The manufacture of these advanced parts will take place in a number of facilities throughout France, Canada and six U.S. states, including Indiana, Michigan, New Jersey, Virginia, Texas and Connecticut.

"We greatly appreciate GE's continued confidence in Alcoa's aerospace capabilities, and are proud to support its advanced jet engine programs through this agreement," Alcoa Chairman and Chief Executive Officer Klaus Kleinfeld said in the statement.

The source also noted that this deal contributes to an estimated $9 billion in supply contracts Alcoa has signed over the past year.

Aluminum industry concerns
A GE representative told John Miller of The Wall Street Journal that Alcoa played a crucial role in a "historically high-production phase," since the company and its partners are dealing with "a backlog of more than 15,000 commercial engines to deliver over the next several years."

This contract with GE comes at a crucial time for the manufacturer. Alcoa will soon release its quarterly report which, Miller noted, is expected to be the worst it's been in nearly two years. The source added that the company will likely see an estimated 17 percent decline in revenue from the previous year.

Although American auto and aviation companies are purchasing increased amounts of aluminum, over the past 15 years, the number of operational smelters has dropped from 22 to fewer than 10, Miller reported. Furthermore, over the past year, prices of the raw material have dropped by more than 25 percent, with aluminum now costing an estimated $1,000 per ton.

Smelter production shutdown
Securing contracts is a strategy Alcoa is employing at the same time it begins shutting down smelter operations in costly regions, Miller revealed, which has resulted in nearly half of its raw-aluminum production being closed or sold since 2007.

According to the source, Alcoa has recently shut down one of the most major aluminum smelters in the country, Warrick Operations in Indiana, as well as a Texas-based plant a decision that has led to the loss of 1,270 jobs.

One factor contributing to this problem, Miller pointed out, is that the power needed to produce aluminum costs more in the U.S. than it does in other regions, making it is generally more efficient for companies to process and cut the raw material in the U.S. after it has been imported.