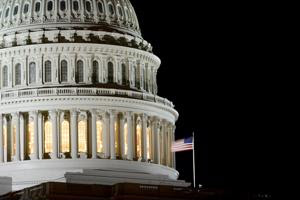 Over the past year, a number of companies have been investigated for unethical supply chain practices.

Last month, after details of the violent and unfair labor environment of the Thailand fishing industry surfaced, Rep. Carolyn Maloney proposed a legislative bill to Congress calling on it to update the Securities Exchange Act of 1934 and make it so every company is required to disclose any and all steps it has taken to rid its supply chain of human trafficking, forced labor, child labor or modern slavery.

And while this particular bill has not yet  been passed, the United States government is being proactive in its approach to eliminating this issue.

This week, Supply Chain Management reported that the President's Interagency Task Force to Monitor and Combat Trafficking in Persons, or PITF, met for its yearly meeting. During the event, the United States government explained what recent actions have been taken to minimize cases of human trafficking.

The PITF represents 14 divisions of the federal government and was developed to fight against modern slavery, with a recent focus on supply chain and procurement practices, the source revealed. This meeting marks the sixth time the organization has gathered since President Barack Obama was first elected.

Anti-slavery developments
According to the meeting remarks report, which was released by the U.S. Department of State, different government officials spoke throughout the session to highlight and elaborate on what measures have been taken so far.

At the beginning of the convention, senior advisor to the President Valeria Jarrett said that the PITF's agencies "have brought together leaders of foreign governments, the private sector, faith communities, law enforcement, academics and advocates and of course, survivors. And we've made significant progress in the areas of victim services, rule of law, procurement in supply chains, and public awareness and outreach."

Office to Monitor and Combat Trafficking in Persons Ambassador Susan Coppedge said the victim services committee of the Senior Policy Operation Group further developed plans and released an updated status report of the Federal Strategic Action Plan on Services for Victims of Human Trafficking. In addition, she added, members of the procurement and supply chains committee started to specify the meaning of "recruitment" fees so they would be better able to set restrictions against charging them of workers.

Fighting Forced Labor
Deputy Secretary of Labor Chris Lu announced that the Department of Labor has been collaborating with the International Labor Organization, or ILO, on the fight against forced labor and has been involved in an ongoing project that includes providing financial support to ILO, building awareness of the issue worldwide and implementing a new protocol that will provide increased data and insight into supply chain operations and make it easier to defend the abused.

Supply Chain Management also noted that "the US Agency for International Development will partner with an Indian NGO to create a model for identifying human trafficking cases in the lowest tiers of global supply chains."

During the meeting, Secretary of State John Kerry reiterated that addressing the issue of modern slavery is the responsibility of the entire federal government and agencies will be "working across the board" to inspect and regulate procurement practices and improve legislation laws to prevent cases of forced labor.