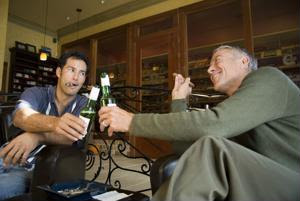 The Boston Beer Company, Inc., well known for producing the Samuel Adams brand of beers, recently announced that it has appointed Quincy Troupe as its new vice president of supply chain.

Although this is the first time he will be working for a brewing company, Troupe is no stranger to the food and beverage industry. According to the press release, he has previously held several positions with Campbell Soup Company, Inc, including Pepperidge Farm vice president of manufacturing and supply chain strategy. He has also worked in the operational management division of Mars, Inc.

Boston Brewery adjusts executive management team
"Quincy's experience in overseeing the supply chain for business units of respected food and beverage companies will be a great addition to the Company's leadership team," Boston Beer Co. CEO Martin Roper stated. "This is particularly important as our supply chain and the diversity of our offerings continue to expand and becomes more complex."

Troupe will assume his responsibilities later this month, which the source noted includes managing the safety, quality and scheduling of brewery production and operations.

BrewBound.com pointed out that this is not the first change the beer-maker has recently made to its senior management team. For example, last month the company announced Frank Smalla, who previously worked as a Kraft Food executive, will take over the senior vice president of finance role.

Craft beer industry expansion
It is probably no coincidence that the business is adjusting its corporate leaders at a time of heightened industry competition, the source suggested. Boston Beer Co., which has been in business for 32 years and offers a wide range of products such as cider and alcoholic tea and soda drinks, is forced to maintain a competitive edge in a rapidly growing market.

In December 2015, the Brewers Association revealed that there are currently a total of 4,144 breweries in the United States, setting a new record high. The sourced noted that, prior to this review, the all-time high was in 1873 when there were 4,131 breweries.

In his statement, Troupe said that he has long been a fan of Boston Beer Co. and is looking forward to contributing to the craft beer-maker's progression.