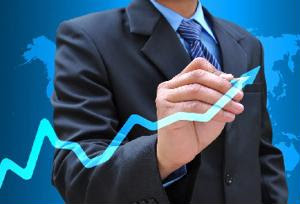 Over the past year, supply chains were forced to deal with a number of global economy changes that threatened operations. However, many industry executives remain optimistic about market growth in 2016.

This week, Agility Global Integrated Logistics announced its Emerging Markets Logistics Index report, which ranks the top 45 countries throughout the world based on how appealing their markets are to shippers, distributors, logistics providers and air cargo carriers. The data was gathered in collaboration with analysis and research company Transport Intelligence. It is the seventh consecutive year Agility has released this report.

Although 61 percent of the over 1,000 supply chain and logistics professionals surveyed said they were wary about the global economy in 2016, 59.4 percent agreed with the International Monetary Fund's estimate of an emerging market growth rate of about 4.7 percent, the statement revealed.

Top emerging global markets
This report brought some surprises revelations. It is the first year industry executives have said India will likely have the most growth potential. In previous years, China has been the front-runner.

However, China's economy has been slowing down recently. Just this week, Costas Paris, a reporter for The Wall Street Journal, said that a decline in the country's demand is "wreaking havoc among the world's biggest shipping companies." Because China is importing materials and commodities in smaller volumes, the dry bulk market is in a state of crisis.

The Index ranked India in the third spot for emerging markets, a jump from last year's number five slot, and placed China as number one, with United Arab Emirates following. Also ranked in the top 10 were Malaysia, Saudi Arabia, Brazil, Indonesia, Mexico, Russia and Turkey.

"It was a volatile year for emerging markets, and you see that in the Index," Agility President and CEO Essa Al-Saleh said. "Eight of the top 10 emerging markets shifted places. Despite the turbulence, the fundamentals driving growth remain consistent - a rising middle class with spending power, progress in poverty reduction, growing populations. That's why we are still positive on the outlook for emerging markets and see them driving global growth."

According to the full Index report, World Bank's International Finance Corporation was the first to popularize the term "emerging markets," and it defines a country that is taking action on developing its economy.

Supply chain concerns
The study said that even though the executives ranked India as having the most growth potential, about 42 percent believe it needs "more structural reform" and 21 percent said "more than economic reform" to support and continue its level of growth.

The growth rate of a country's economy, international investment and trade volumes were the top factors considered, the study reported. When considering emerging markets, although the industry professionals surveyed said corruption was a top concern, they also indicated that possessing a "lack of corruption" does not make a country more attractive.

Two of the biggest concerns the supply chain and logistics executives said they have about the global economy in 2016 are the state of China's economy and inconsistent oil prices.