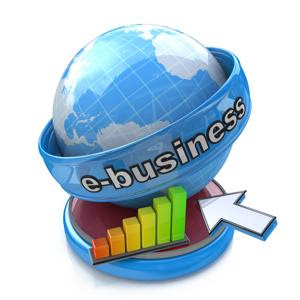 Digital advancements and the Internet of Things have transformed the way supply chains are managed. And, although many of these robotic technologies have helped enhance business capabilities and improve efficiency, they have also introduced a new wave of competition between companies.

As a result, many corporate executives are reallocating funds to harness solutions that better support the rise in e-commerce traffic.

Logistic service strategies
Snapdeal, the largest internet marketplace in India, recently announced that it would dedicate a larger amount of both financial and technological resources to improving logistics strategies, Reuters reported. According to the source, this decision was fueled by the desire to keep up with industry competitors, such as Amazon India and Flipkart.

As with other parts of the world, India-based companies are finding it increasingly difficult to accommodate the rapidly expanding and accumulating needs of the e-commerce industry.

This problem is further complicated in India, however, by inconsistencies in the region's payment processes. A PYMTS.com article pointed out that the country has "a poorly designed delivery infrastructure and a cash-driven economy."

The source added that, although there are approximately 300 million people in India using the Internet, 80 percent of online shoppers pay in cash once the delivery has been made.

Despite these complications, however, a report recently published by Bank of America Merrill Lynch revealed that by 2025, the value of e-commerce goods in India will reach $220 billion, Reuters noted.

Industry acquisitions
A major focus area for Snapdeal is improving delivery times, a goal it plans to reach by leveraging data analytics and increasing forecasting efficiencies. In addition, the company's co-founder, Rohit Bansal, told Reuters that Snapdeal has made a handful of strategic investments in supply chain and payment processing-related technologies over the past year.

"Our view is that in five years from today 10 percent of India's consumption will happen online, not just products, but all consumption, and we want to build a technology ecosystem for that," Bansal said.

Two of these investments include the acquisition of FreeCharge, a digital wallet company, and a stakeholder purchase in GoJavas, a business that specializes in logistics services.

Bansal also revealed that Snapdeal has seen a 70 percent drop in delivery times, an improvement directly attributed to the company's strategic investments.