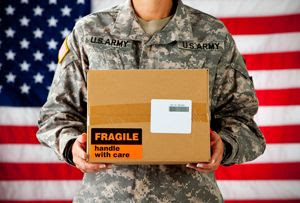 The Wall Street Journal reported that a United States Hellfire missile that has been missing since 2014 is currently located in Cuba. The ammo device, which was inactive and therefore did not contain any explosive elements, is a type of air-to-ground missile traditionally dispatched from helicopters.

U.S. government officials have spent the past year trying to regain possession of the device amidst reconciling relations with Cuba, the Wall Street Journal revealed. The U.S. Justice Department is conducting a federal investigation to determine whether criminal activity was involved or if it was simply the result of inefficient shipment operations.

"Did someone take a bribe to send it somewhere else? Was it an intelligence operation, or just a series of mistakes? That's what we've been trying to figure out," a U.S. official said to the source.

Though this is not a frequently occurring incident, it does indicate a glaring issue with the security of global commercial shipping procedures and the tracking of important materials. People familiar with the case told the Wall Street Journal that this has been one of the worst incidents in which sensitive military technology has been lost.

Wrongful shipping of sensitive military material
In 2014, the missile was shipped by manufacturer Lockheed Martin Corp. from Orlando International Airport to Spain, where it was to be used for military training purposes for the North Atlantic Treaty Organization, the Wall Street Journal said. The temporary export license, which is required under the Arms Export Control Act, was approved by the State Department.

After the shipment was received and used in the NATO exercise, it was packed in Rota, Spain and loaded onto a freight forwarder truck by a different shipping company. From there, the shipment was given to another cargo-shipping firm that was supposed to load the missile onto a plane departing from Madrid to Germany before arriving back in Florida. However, it was misrouted and ended up on an AirFrance truck and flown to Paris then Havana.

The Wall Street Journal reported that, according to people familiar with the matter, the U.S. government was notified by officials once the flight landed in Cuba.

"The shipping was routine and by the book. When they became aware of the misrouting, they notified the State Department," a source told CNN. "Since then, they have actively cooperated in (U.S. government) efforts to both review the incident and to recover the item."

Industry experts told the Wall Street Journal that it is not unheard of for sensitive cargo being shipped internationally to get lost along the way.

"Mis-shipments happen all the time because of the amount and volume of the defense trade," a U.S. official said to the source. But it is extremely rare for cargo to be delivered to sanctioned territory such as Cuba.

Investigation underway to determine source of error
A major concern for officials is that the Hellfire contains radar sensor and targeting technology that could be shared with foreign nations, including Russia or China, and reversed-engineered, the Wall Street Journal pointed out.

"Now it's a proliferation concern someone else now understands how it works and what may have been cutting edge for us is deconstructed and packaged into what other players sell on the open market and possibly provided to countries that we wouldn't sell to," New America Foundation Senior Fellow Peter Singer explained to the source.

It was also noted that this incident occurred at a pivotal time between the U.S. and Cuba as the countries are currently undergoing negotiations to normalize relations.

A state Department spokesperson told CNN that "U.S. companies are responsible for documenting their proposed shipping logistics in the export license as well as reporting any shipping deviations to the Department as appropriate."

If investigators conclude that the misrouted shipment of the Hellfire missile can be attributed to mistakes made by employees, the State Department will have to decide whether or not a settlement with Lockheed Martin is necessary.