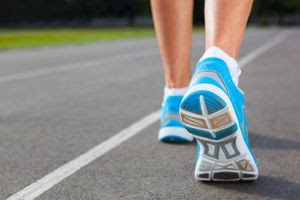 When making any major change in the management of supply chain operations, a period of adjustment is usually be expected. Unfortunately, sometimes problems arise that are beyond the forecasted margin for error.

This week, Finish Line Inc. published its third-quarter earnings that showed a significant drop in sales attributed to disruptions along the supply chain. And, as a result, the retail company announced it would be replacing its chief executive officer and closing about 150 of its stores.

New system cause inefficiencies in operations
These supply chain disruptions, the source indicated, stem from the implementation of new warehouse and order management systems issues that account for a 14 percent drop in inventory and an estimated $32 million decline in sales during the third quarter.

"We worked quickly to address the disruption in our system and improve our operating capabilities, increasing technical and operational resources including third-party experts," Lyon said. "We have achieved a pickup in sales trends as the quantity and quality of our inventory improved in recent weeks. ... We anticipate that we'll return to a stable operating environment during the first quarter and we will start leveraging the multiple benefits from our supply chain system enhancements."

Finish Line said its fleet profitability will be managed by closing 25 percent of the brand's store locations over the next four years. Combined, these stores accumulated an average of $1 million in sales each year. However, the retail company indicated it will make up for the loss of these profits through online sales and its other stores.

Industry shift influences major retail changes
The Wall Street Journal pointed out there may be a number of other factors contributing to the shoe outlet's financial loss. For example, Nike, a major vendor to Finish Line, has shifted its focus to facilitate more sales directly from its website. Furthermore, Finish Line has continued to emphasize specialty footwear even as other brands have begun expanding their offering of general athletic apparel.

"One of the main underlying factors is that we are in a deep athleisure trend," SportsOneSource Vice President of Business Development Neil Schwartz told the source. "They made a big bet the other way with performance. And now they have issues."

The source also noted that the changes Finish Line is making to resolve issues initiated by the new inventory systems contradicting to what the brand's previous plans were, namely to expand its number of store locations and acquisitions.

The Wall Street Journal added that an 11 percent decrease in shares was seen this week, as well as a 33 percent decline in total stock over the past year.

Corporate leadership transition
In a separate press release also published this week, Finish Line announced its board of directors appointed Sam Sato to take over Glenn Lyon's position as CEO. The transition will happen this year on the last day of February.

"I greatly appreciate and value Glenn's trusted mentorship," Sato stated. "I look forward to continue working closely with the board and our senior management team in my new role as we execute against Finish Line's short- and long-term goals and strategic, customer-centric mission."

Previously, Sato worked as a Nordstrom Inc. retail executive and then joined Finish Line in 2007. He started in the role of executive vice president and chief merchandising officer and was later promoted to president.