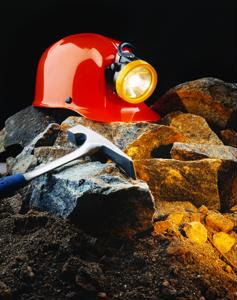 It's not enough for a company to ensure its immediate operations follow safe and socially responsible practices: It must also make sure the materials it uses are sourced from manufacturers that adhere to basic human rights.

Unfortunately, there have been a number of recent stories indicating this is not always the case.

Amnesty International revealed this week that a handful of major technology corporations, including Apple Inc., Sony and Samsung, are not adequately inspecting supply chains to confirm none of the materials being used are sourced from child workers in the southern Democratic Republic of Congo, or DRC.

The chemical that the human rights organization focused on was cobalt, an element frequently used in the batteries of many electronic devices, such as cell phones and laptops, and which has 50 percent of its total global supply mined in the DRC.

The source reported that many firms in this area use child workers to mine the raw material, often giving them very little protection, if any, making them susceptible to a wide range of health problems. In addition, they are often forced to work grueling days in dangerous work environments.

Supplying conflict
According to Amnesty, between 2014 and 2015 80 miners died underground in the DRC, and those are just the cases that were recorded. UNICEF revealed that in 2014, there were about 40,000 child laborers working in mines throughout the DRC, the source noted.

How do the materials sourced from these unfair and volatile mines find their way into the supply chains of some of the world's biggest, most well-known and successful technology companies?

In Amnesty's investigation, it found that at the top of the pyramid is Huayou Cobalt subsidiary CRM, a leading processor of minerals in the DRC. After it has been processed, three major manufacturers of battery parts purchase the cobalt and sell it to companies that produce lithium batteries which are then supplied to corporations such as Apple and Samsung.

The organization reached out to a total of 16 global companies thought to be customers of these battery makers, but only one business confirmed it had sourced from them, the source reported. Seven said that they either did not have any connection to Huayou Cobalt or that they had never sourced the raw material from the DRC. The rest of the companies said they were either unsure or would look into it. However, Amnesty also noted that there was not one company willing to offer verification details on where its cobalt was mined from.

"The dangers to health and safety make mining one of the worst forms of child labor," Amnesty International Business and Human Rights Researcher Mark Dummett said. "Companies whose global profits total $125 billion cannot credibly claim that they are unable to check where key minerals in their productions come from."

Company compliance
Reuters recently reported that, in a statement, Apple claimed to have "a zero tolerance policy towards child labor and was evaluating ways to improve its identification of labor and environmental risks." Samsung told the source it had thoroughly inspected its supplier network to ensure its supply chain is adhering to human rights and have safe, healthy and ethical practices.

One technology giant that is seemingly ahead of this controversy is Intel Corp. Earlier this month the company announced it would soon be entirely free of conflict materials, a mission it began several years ago with its microprocessors and is now extending throughout all its components and products.

However, there are currently no set standards or regulations for the cobalt market. In the U.S., the chemical element is not considered to be a conflict material like tungsten, tin, tantalum and gold are.