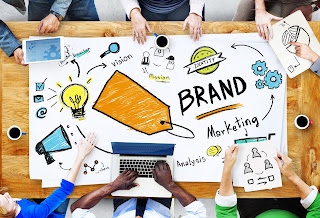 As with most years, the advertising agency landscape changed its shape in 2015. In an effort to stay informed of these changes, we have developed a series of blog posts discussing the changes in the landscape this past year and their impact to marketers. Our last post discussed the importance of monitoring these changes to the agency landscape as marketing sourcing professionals, including knowing the main players in the market, gaining subject matter expertise, and ensuring there are no conflicts of interest.

Mergers and acquisitions (M&As) by some of the larger agencies in the market are the some of the most common activities influencing the agency landscape. Agencies choose to merge and acquire for a number of reasons, but the most common are to enhance capabilities in a growing service area and to expand global reach into new geographic regions. There were far too many M&As in the advertising space in 2015 to cover in one post, so this post will highlight some of the key activities this past year.

One agency in particular, WPP’s GroupM, was making waves in the advertising landscape by executing a number of acquisitions last year. In 2015, GroupM announced a number of new acquisitions and partnerships throughout their agency network, including directComm Marketing Group, Essence Digital Limited, and the Exchange Lab. With each of these acquisitions GroupM has expanded their media agency portfolio and increased their buying power. Specifically, with the addition of the Exchange Lab, GroupM has grown their programmatic capabilities and with directComm they have expanded their presence in Turkey. It is not only GroupM that benefits from each of these acquisitions, but also the WPP agency network as a whole. As evident with GroupM, when examining the agency landscape, it is important to monitor the activities of the sister/subsidiary agencies and not just those of the holding company.

Havas, one of the big advertising holding companies, rarely makes the news for large-scale acquisitions. In fact, its acquisition of FullSix in September for $75M was the company’s largest acquisition in nearly 15 years. The FullSix Group is a Paris-based agency providing clients with digital, media, and communications services through its various subsidiary agencies. Havas currently operates through two division: Havas Creative Group and Havas Media Group and through this acquisition, they will be able to grow the groups digital and data capabilities. Like with many M&As, Havas sought out an agency that could add to their capabilities and service offering in an area of high demand.

In February, Publicis Groupe completed its acquisition of Sapient Corporation for approximately $3.7B. Publicis, one of the largest advertising holding companies, is frequently in the news for M&As, such as the highly publicized potential merger with Omnicom Group in 2014. Sapient Corporation is a Boston based advertising agency that specializes in digital advertising and technology, whether for the public sector or advertisers looking to increase their digital efforts. Prior to acquiring Sapient, Publicis’ digital arm included agencies like Razorfish, Rosetta, and DigitasLBi. Not only did the Publicis-Sapient acquisition expand the Groupe’s global presence and technological capabilities, but was part of a larger restructuring of the Publicis Groupe and the companies that fall under its umbrella. The Publicis Groupe will now be divided into four brands: Publicis Media, Publicis.Sapient, Publicis Health, and Publicis Communications. Industry experts have indicated that this restructuring will result in cost savings for clients, increased buying power, and overall efficiencies between agencies. There is still much to be learned about the implications of the new structure for Publicis and the agency landscape as a whole.

There were not only acquisitions taking place in the advertising space, but also mergers between agencies. Notably, in May Interpublic Group (IPG) announced the merger of two of its subsidiary companies, Mullen and Lowe and Partners, to form the new Mullen Lowe Group. Lowe has previously merged with a number of other IPG companies, including Deustch, Ammirati Puris Lintas, and Bozell, with the intention of expanding the UK based agency’s US footprint. The Lowe-Mullen merger is intended to further expand Lowe’s presence in the US and boost the overall creative capabilities of both agencies. The newly branded Mullen Lowe Group will replace the previous Lowe and Mullen shops and restructure the hierarchy of the agencies that fall under the two brands. As can be seen with this merger, as well as the Publicis restructuring, M&A activities have deeper impacts on the overall agency networks, which may have a trickle-down effect on your agency or those you are looking to partner with.

Mergers and acquisitions are common in all areas of business, especially within the advertising space. The large advertising holding companies are frequently adding to and changing their agency networks to ensure that they have all of the capabilities necessary to remain competitive and meet their clients’ needs. Ensuring that you are aware of any M&A activities taking place with your agencies or those you are considering working with, including those within their network, is an important part of the marketing sourcing process.

Still to come in this series, we will cover the growing popularity of independent, in-house, and niche agencies, as well as trends to look out for in 2016.

Source One's Marketing Spend Optimization experts will be at ISM2016, where Source One is the exclusive sponsor of the Exec IN forum. Want to save on registration costs to attend this landmark event? Learn more over at SourceOneInc.Com.
Best Practices, Events, Marketing