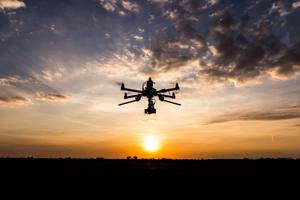 The use of UAVs provides businesses across virtually all industries with advanced capabilities, such as improved efficiency in emergency response processes, product manufacturing and delivery and infrastructure evaluations.

Sense-and-avoid drone technology
This week, Intel Corp. announced it has acquired Ascending Technologies, a Germany-based drone company that offers autopilot software systems and sense-and-see devices. The company said it would be incorporating Ascending Technologies' in-house developments and tools to further its drone-related processes.

According to The Wall Street Journal, Intel has extended employment offers to all 75 team members of Ascending Technologies. The source also noted that Intel has not released the exact amount it paid for the drone making company.

In its announcement, Intel also revealed that the acquisition of the drone manufacturing company is a definitive agreement "subject to customary closing conditions."

Safety regulations of UAVs
By acquiring the drone-maker, Intel plans to leverage advanced sense, cloud and communication applications to position itself as an industry leader in the drone market segment.

One obstacle Intel will face pertaining to the implementation of UAVs is the safety and regulation requirements set by the federal government, an issue that has become increasingly problematic as more companies have begun the use of drones.

However, as mentioned above, Ascending Technologies has designed auto-detect and sense-and-avoid tools that will likely enhance the level of safety of the UAVs, making it a strategic acquisition for Intel.