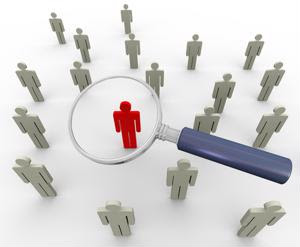 Global supply chains are under increased scrutiny and facing mounting pressure to prove they are demonstrating social responsibility.

The United States federal government recently held the President's Interagency Task Force to Monitor and Combat Trafficking in Persons annual meeting where the group outlined the steps that have been taken to minimize human trafficking cases. Last month, in the wake of unfair labor conditions in the Thailand fishing industry being uncovered, Rep. Carolyn Maloney introduced a bill requesting Congress amend the Securities Exchange Act of 1934 and require businesses to publicly release the actions taken to remove all occurrences of forced labor from supply chains.

And while lawmakers are doing what they can to address the issue of modern slavery, their efforts are of little use if the companies do not comply with their regulations.

Anti-Slavery non-compliance
Earlier this week, Amnesty International revealed that a number of major technology companies, including Samsung and Apple Inc., are failing to cooperate with supply chain inspections and allegedly equipping products with batteries that contain cobalt sourced from child-labor mines in the southern Democratic Republic of Congo.

Similarity, a recent survey conducted by the Chartered Institute of Procurement and Supply found that many supply chain managers in the United Kingdom are failing to adhere to the Modern Slavery Act 2015, a new policy created to address the problem of forced labor and trafficking.

The Act, which was adopted in March of last year, forces global companies generating more than $51 million to disclose what measures have been taken to eliminate modern slavery throughout supply chain operations, according to the source. The CIPS research showed that most business managers did not feel they would be able to satisfy the new policy.

In its announcement, the CIPS found 19 percent, or one in five, supply chain leaders are unfamiliar with the new requirements and 27 percent aren't clear on what specific steps should to be taken. Furthermore, 38 percent don't know when the first public disclosure statement should be released and 40 percent "have not even read the government guidance."

Unclear and ineffective government guidance
An additional issue seems to be, judging by what the supply chain managers indicated in the study's findings, a lack of definitive direction on the policies. The source added that the majority of the executives agreed they were unsure about what should be done if modern slavery was found in the company's operations which is why, perhaps, one in every four managers was unable to identify a solid measure taken to comply with the Act.

"Our findings suggest that good intent is not yet translating into action," CIPS Group CEO David Noble said in the statement. "With little motivation and no sanctions to speak of, this requirement rests on goodwill and general awareness. Consumers, communities and businesses deserve better."

Although there are currently no existing penalties for noncompliance, the survey found that 68 percent of respondents agreed that failing to adhere to the policies should result in financial and legal sanctions.

Erica Phillips, a reporter for The Wall Street Journal, pointed out that the U.K. law resembles one passed in California in 2010, which was aimed at retail and manufacturing companies accumulating more than $100 million. However, a study conducted by KnowTheChain found that 47 percent of these businesses were failing to properly release the necessary information, according to Phillips.

The research conducted by the CIPS showed that supply chain managers are also insufficient at providing workers with information on modern slavery. Less than 28 percent of companies have trained team members and partners on the subject. This is a problem, considering 25 percent of the procurement executives attributed non-compliance issues with "lack of skills."

"The Modern Slavery reporting requirement means that businesses can no longer afford to ignore slavery issues, morally and commercially," Noble explained. "If they are unable to convincingly outline the steps they are taking to eradicate human exploitation from their supply chain, they risk damaging both their reputation and their bottom line."

The source also added that the research and data gathered by the CIPS suggests that more supply chain managers would be likely to take action if, rather than relying on "goodwill and general awareness," lawmakers enforced penalties and sanctions against those that do not comply with the policy.