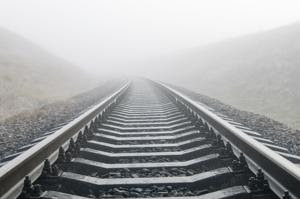 The dry freight market has been on a steady decline recently, much of which has been attributed to a drop in China's economy and fluctuating oil prices.

Cargill, an international commodity trading company, announced this week that it will be shutting down its London shipping office. The corporation will be consolidating freight operations to Geneva and has already met with the 10 people employed at this location.

Shift in shipping
In the press release, Cargill Head of Ocean Transportation Roger Janson said that this decision was not an easy one for the company to make because the London location helped integrate the organization into the shipping community and market and it is where many of the top team members came from.

"However, in today's world where means of communication have changed, connections between big cities are efficient and affordable and our relationships with the owners are good, the time is right for the activities of the London office to be consolidated into Geneva," Janson stated.

According to Reuters, earlier this month Cargill released its quarterly earnings which revealed a decline in profits. There have been a number of stories within the past several weeks revealing that market segments that handle the transportation of materials such as grain and coal have been the biggest victims of China's economic decline.

Slow global market
Cargill indicated that this closing can be attributed to a decreasing demand in China and a slower global economy. These two factors left the market with too much dry bulk supply, and are why the company plans to formulate a new strategy to ensure none of its vendor, supplier or customer relationships are sacrificed. In addition, the business said it plans to maintain optimal safety standards and compliance.

It is in the midst of a restructuring aimed at making the company more responsive to commodities market swings.