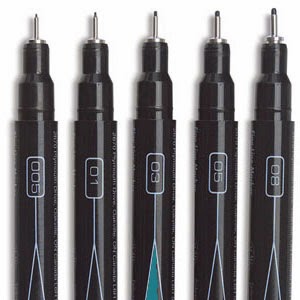 Part of a sourcing department's job is to analyze requirements and look for leverage points. It's a need/want analysis - do we need this? does it have to be that? etc. When looking over a product's qualifications or criteria prior to sourcing or purchasing it, it can be easy to disparage them or try and disregard them.

"Who needs a tolerance that small?

"It doesn't have to be made from this specific, does it?"


The folklore behind these standards is where it gets really interesting. From the Washington Post article, and depending on who you believe, these standards came about because:

Whether these requirements are myth or truth, the fact remains that the government needed a cheaply-made pen that could hold up in a variety of situations and circumstances - from marking maps in the battlefields of Europe (the original standards were developed during the Depression, between two world wars) to filling out forms in a rural post office. Given the wide range of places the pen would go, tight tolerances were a necessity to ensure performance.A store bought pen might work fine in the office, but on the deck of a ship on the Atlantic, the sea air may corrode it overnight. A retracting point may be overkill for a solider whose uniform was meant to be dirty, but a beancounter in the IRS doesn't want ink on his dry cleaned dress shirt.

Within your own company, the standards may be a bit more lax...


"What kind of pens you need, Chuck? Uhhhh... blue ones. With a comfy grip. And they should look cool! None of that white-barrel crap, get me some Zebras."

...and you'll likely be buying in such small quantities you can't demand your own model from a manufacturer. But requirements should still be considered.

An ink pen may not be just an ink pen. Consider each department's requirements before disregarding them and just ordering a gross of blue Bic sticks to be distributed across the facility. If they don't have requirements, maybe its worth having them look at their usage and generating some. Are they writing in unique conditions? Are they customer-facing and losing a lot of pens? Are they writing on a unique surface that requires a specific type of ink?

While your interns definitely do not need Mont Blancs, no matter how many times they ask, Accounting may actually need retractables over capped, and manufacturing may actually need a gel-inked pen with a bit more durability in the case design. Determining who needs what can help consolidate purchases to save money, but can also help keep unique items purchased under agreements going to the write - sorry, right - departments to avoid wastage due to non-use and maverick spending to buy what they like.
Best Practices