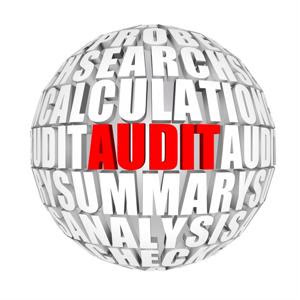 The majority of nonprofit organizations receive financial support from private donors, enterprises looking for research or government agencies. Yet, just like many for-profit businesses, charities and other similar entities are investing in business process outsourcing in order to reduce operating expenses. As a result, a couple of city agencies have obligated several funds to be more transparent.

According to Nonprofit Quarterly, Greensboro, North Carolina, officials have asked for staff salary information from all of the nonprofits that the city funds. Councilman Mike Barber stated that the initiative requested the charities provide Greensboro offices with their most recent tax forms and meet with a city finance employee to answer questions regarding the organizations' feasibility.

In addition, the source noted that a superior court judge in Los Angeles denied a request from the city utility's biggest employee union to negate subpoenas issued by City Controller Ron Galperin, who wants to audit two nonprofits mutually operated by the Department of Water and Power and the International Brotherhood of Electrical Workers. So far, the organizations have cumulatively received $40 million in funds over the past decade, with no spend analysis being conducted.

Where is the money going?

One of the reasons why some nonprofits may be apprehensive of divulging their expense rates is likely related to a lack of oversight. Although procurement services technology and other asset scrutiny programs exist, some of these organizations have simply neglected to utilize them, which makes it difficult to assemble detailed reports for auditors. In addition, obscurity prevents nonprofits from allowing donors to compare output with overhead expenses - that is, costs associated with office.

According to Iohud, BBB Wise Giving Alliance President H. Art Taylor recently spoke at the Not-For-Profit Leadership Summit in Tarrytown, New York, claiming that nonprofit organizations should also be able to accurately present how their accomplishments compare with their practices.

"Charities are pushing back," said Taylor, as quoted by the source. "They're saying 'We should not be evaluated based solely on how much money we're spending on overhead. This is wrong,' and we agree. You are more than what you spend on overhead."

The BBB Wise Giving Alliance evaluated a number of charities over the past year, finding that about 8 percent spend disproportionate amounts of their revenues on overhead.

In order for charities to  assure donors - as well as government agencies - that their money is being well spent, many should strongly consider investing in marketing analysis technology that can help them figure out how to best spend their funds.