As global sourcing for raw materials boom, can EU participate?

Strategic Sourceror on Wednesday, May 21, 2014 Directs, 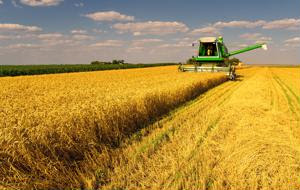 A burgeoning Chinese economy is driving demand for raw materials within the country, but whether or not European producers will be able to sate the nation's appetite is another matter entirely.
Procurement services are connecting organizations across the world in order to develop robust, profitable connections. Retailers, fabricating companies and sources of unfinished goods are all benefiting from the Asian country's prosperity, but regulations defined by the European Union are hindering EU members from supplying China with the goods it demands.
Boosting global commodities

According to IndustryWeek, French research group Cyclope reported that Chinese demand for grains, metals and meat will maintain its upward course over the next year. Huge reserves of dollars have given the country an economic advantage over countries competing for these goods, as the majority of materials are traded in the American currency. Philippe Chalmin, a professor at Paris Dauphine University and a leading market research analyst with Cyclope​, claimed that China's hunger for these products coincides with Beijing's transition from an investment economy to consumerism.
For example, the source noted that China has become the world's second-largest purchaser of world beef, its imports quadrupling in recent years due to concerns regarding local cattle meat after numerous health scares have shaken the country. Such evidence would suggest that Chinese organizations have made use of strategic sourcing services to help them find meat products that originate from nations possessing more stringent health standards.
EU out of the game?

EurActive reported that European industry participants may not be able to supply China with some of these commodities, as the EU Commission has been criticized for conflicting mandates that prohibit its members from capitalizing on newfound opportunities. Goran Backblom of Swedish iron ore manufacturer and distributor LKAB claimed that demand for raw materials is going to grow as the world's population increases, and if Europeans can't contribute to supply, a global disaster may ensue in the future.
"We are in a new super cycle of demand and consumer will need new products," said Backblom, according to the source. "It is more of an economic issue."
Though regulations pertaining to environmental policy are held in favor by many EU members, Nickel Institute's former President Kevin Bradley noted that such mandates could actually hamper metal recycling, which is a process that would put Europeans in a good position to supply China with steel. It's clear that the EU has to reassess the continent's procurement process to identify any contradictions that may be occurring.
Directs