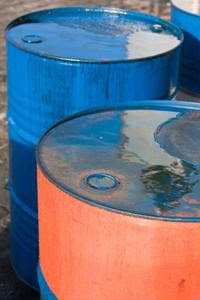 United States chemical manufacturers can expect more stringent federal laws protecting the safety of factory employees. Because synthetic materials consist of numerous different compounds, monitoring where each compound originates from and is held requires thorough transparency during the procurement process. Most importantly, such oversight will be required so that audits can be adequately responded to.

Numerous chemical companies engage in global sourcing, whether they're purchasing single elements from Chinese mines or finished compounds from Swedish facilities. Such an intricate product acquisition procedure needs to be tracked and monitored as much as possible so that purchasing companies can figure out what processes were used to develop potentially harmful materials. For example, if a standard process for forming a particular synthetic is manipulated in any manner by an organization, is there a possibility that employees can be harmed?

As far as the U.S. is concerned, improvements could be made to current regulations. According to Manufacturing.net, the Government Accountability Office recently assembled a report noting that the country's chemical safety standards generally fall short when compared to global participants such as Canada, France, Germany and the United Kingdom.

Finding the root cause

Although supplier relationship management tools will assure companies of whether or not a particular substance was constructed correctly, U.S. facilities may have to pay more attention to what's occurring in-house. The Washington Times referenced the GAO's report, which focused on storage and processing protocols pertaining to ammonium nitrate, the gas that exploded last year at a Texas fertilizer plant and killed 14 people. The GAO blamed poor information-sharing between state regulators, industry exemptions and outdated federal policies as indirect causes of the accident.

Currently, the Homeland Security Department has a database containing information regarding 1,345 facilities in 47 states that store the chemical. However, the GAO discovered that the federal list doesn't account for nearly two-thirds of the total number of ammonium nitrate storage warehouses. One of the problems is that the Occupational Safety and Health Administration rarely inspects places that store ammonium nitrate, which fails to give regulators a proper perception of how organizations are handling the substance.

As a result of these concerns, the Obama administration established a federal working group that will submit a report later this month outlining ways to improve oversight. It can be expected that enterprises handling ammonium nitrate and other harmful chemicals will be required to conduct self-assessments, which may cause them to outsource to managed IT services companies that can provide them with product oversight technology.