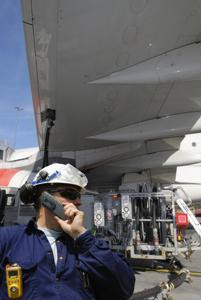 Mergers and acquisitions typically revolve around the consolidation of resources, enabling two or more companies to expand their reaches to new markets or strengthen their positions in pre-established ones. It also provides them with the opportunity to reevaluate their strategic sourcing. New partnerships mean more connections, which can lead to cheaper or more flexible materials acquisition endeavors.

Bracing for a hit

According to The Los Angeles Times, the Pentagon and NASA are expected to enact lengthy budget cuts in the near future, which has prompted aerospace companies across the United States to combine efforts in preparation for an industry that will yield lesser profits. Stephen Perry, managing director at aerospace investment bank Janes Capital Partners, stated that 56 M&A deals occurred in the first quarter of this year.

For example, Alliant Techsystems and Orbital Sciences recently partnered to form Orbital ATK, which is expected to employ 13,000 people in 17 states. The move has been well-received by investors, as Orbital's shares rose by 16.5 percent.

The news source noted that these efforts were likely initiated to cope with reduced market activity, as combat operations in Iraq and Afghanistan have decreased significantly. Gaining financial support from former competitors is a good tactic to employ if organizations are looking to reduce expenses.

In order to support future operations, it's important that these newly formed partnerships assess the pros and cons of outsourcing to an entity that can help them decrease procurement costs. Aerospace corporations deal in particularly expensive materials, so any areas where money can be saved must be exploited. As distribution is largely labeled as one of the largest expenses, it's important that newly formed companies find ways to scale back on overhead.

Toby Brzoznowski, a contributor to Logistics Viewpoints, wrote that M&As present organizations with fresh opportunities to restructure their distribution practices. He claimed that businesses can expect to find success in this endeavor by leveraging technology, which enables executives to evaluate alternative sources, troubleshoot multiple hypothetical scenarios and develop precise materials acquisition strategies.

What is e-procurement? It's the electronic process of building relationships with suppliers. The technology has been utilized by manufacturers, logistics professionals, retail companies and government agencies in need of fast, easy ways to construct connections with other organizations that have made use of the service. For those entering a new partnership, the technology provides a good opportunity to optimize operational capabilities.