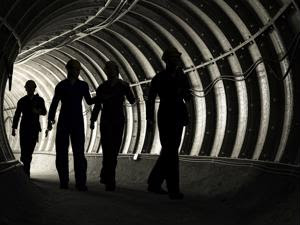 During the procurement process, businesses often look to obtain materials produced or harvested by organizations that exercise best practices. It's not difficult for consumers to come across a news article detailing a horrific event that is somehow connected to a well-known brand. Even if said enterprise wasn't directly connected to the mishap, the media coverage can still put a blemish on its reputation.

According to Manufacturing.net, an underground coal mine explosion in western Turkey resulted in the deaths of at least 284 people on May 12. As of now, 18 miners remain missing and the final death toll is expected to reach 300. Though mining company owner Alpu Gurkan expressed regret, that didn't stop hundreds of protesters throughout the country's Soma district from expressing their discontent.

A fair amount of the hostility has been directed toward the Turkish government, which has been criticized for failing to enforce stringent safety standards upon mining enterprises in the past. One official, Huseyin Celik, responded by claiming that public authorities "vigorously" inspected the mine 11 times since 2009, and that this isn't the time to "look for a scapegoat."

The mine released a statement claiming that the explosion was caused by an unidentified spark, discrediting assertions that it was incited by a power distribution unit. For the safety of its workers (and the mine's good name), the enterprise may have benefited from outsourcing to a company providing procurement services.

Timothy Garcia, founder and CEO of Apptricity and contributor to Digital Journal, noted that businesses using electronic materials acquisition programs benefit from improved accuracy and operational efficiency, and encounter more thorough contract negotiations. Garcia claimed that employees engaged in strategic sourcing are often prone to mishaps, no matter how well-trained or capable they are.

"E-procurement solutions eliminate most of the manual data entry involved in the procurement process, which eliminates opportunities to make mistakes," said Garcia. "Additionally, with all ordering functions automated through an e-procurement system, purchasing can be handled quickly and according to established policy, with set authorizations and catalogs."

These advantages could have been leveraged for the sake of the aforementioned mining company, helping it procure equipment produced by corporations with a reputation for manufacturing quality materials. Whatever the source of the explosion was, it's evident that faulty machinery was the root cause. Maintaining a concise, digital record of when products were purchased would have allowed government officials to view whether or not any equipment was outdated.