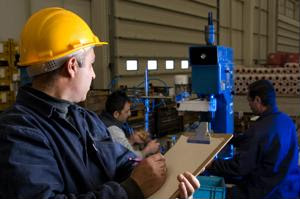 Brand name apparel companies are required to abide by the laws and regulations instilled by several countries or more, as well as implement best practices for sustainability. This level of intricacy complicates product development and acquisition, leading many to wonder, "What is e-procurement and how can it be leveraged to instill morality throughout a company's practices?"

Charting the effects of change

Businesses operating on a global scale have to be cognizant about how they're perceived by consumers. Though it may be cheaper to produce goods in a particular country, it's imperative that an organization deduce how workers will be treated. Will employees living in an underdeveloped nation be cramped in an unsanitary factory? Or will they be treated with the same considerations given to workers in developed countries?

In addition, enterprises also need to conduct spend analysis reports to figure out whether or not they'll reach a return on investment. Though paying workers higher wages may result in a happier work environment, it can also put the employing company out of businesses in the long run - ultimately resulting in job loss. According to Manufacturing.net, Haiti recently raised its minimum wage for the estimated 29,000 citizens who work in apparel production by 12 percent.

The increased compensation coincides with Haiti's inflation rate, which stood at 3.2 percent last year. The U.S.-based Worker Rights Consortium said last October that Haitian factory workers receive 32 percent less than they should, with 24 percent of garment-making facilities failing to pay workers the minimum wage. Companies sourcing from the nation that are also concerned with maintaining a positive public image should consider installing higher levels of compensation.

Triple Pundit noted that German sports apparel company Adidas has made a commitment to exercising best practices in regard to employee treatment and procurement services. Last year, the corporation attained the RobecoSAM Sustainability Gold Class and Sector Lead awards, and was praised for its installment of ecological and ethical values throughout all levels.

For example, at the end of 2012, Adidas launched the "SMS for workers" project in order to find ways to improve factory conditions. Approximately 1,346 factory social and environmental audits took place at suppliers, which consisted of management and worker interviews, as well as reviews of facility protocols, practices and documents. In addition, Adidas conducted 148 training sessions and workshops for all distribution assets.

Giving this level of attention to ethical strategic sourcing has placed Adidas among the most renowned apparel manufacturers in the world.