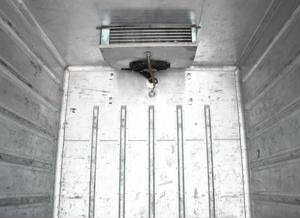 Sourcing food from different parts of the world usually involves transporting exotic produce by aircraft. However, advances in cold storage technology has caused experts to speculate whether or not these goods could be distributed by sea. To determine the feasibility of such an operation, organizations are employing vendor resource management tools.

It's not uncommon for companies conducting global sourcing operations to consider the drawbacks associated with sea-based food shipping. Research and Logistics released a report detailing China's distribution practices in regard to edible products. The study found that spoilage results in major safety issues and wastes an incredible amount of resources. Increasing the shelf life of perishables such as fruit and vegetables by one day to three days can reduce losses anywhere from 30 to 50 percent.

In the past, Chinese companies engaged in online grocery shopping were apprehensive of purchasing cold storage equipment. Previous market analysis showed that the technology wouldn't produce a high return on investment, but reinvigorated interest in e-commerce will most likely boost research and development efforts.

Where as some organizations are placing solar panels to power cold storage containers, others have implemented creative methods to prolong shelf life. Bill Duggan​, vice president of refrigerated sales at Maersk Line and contributor to SupplyChainBrain, cited a process that prevents blueberries from ripening so quickly by shipping them in a controlled environment set at the product's optimal temperature and periodically treating them with an active injection of nitrogen.

Other techniques consider air flow and ventilation, as certain types of produce respire during transportation. This process produces heat and gases such as ethylene and carbon dioxide, with the latter compound contributing to discoloring and the former expediting the ripening process. Carefully monitored airing can also regulate humidity, which either causes molding or dehydration depending on how much or how little there is.

In order to figure out how cold storage methods and technology will impact product pricing, it's important that enterprises utilize software that scrutinizes the procurement process. Such analysis can help businesses observe every facet of the materials acquisition and distribution operation.