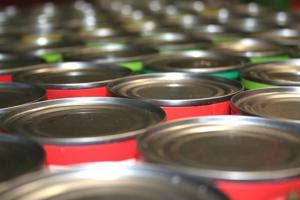 Abiding by stringent regulations and ensuring that all products are fairly grown and affordable are the primary challenges food companies face in the modern era. In order to satisfy consumer demands and standards set by government agencies, these organizations have weighed the pros and cons of outsourcing to businesses that can provide them with e-procurement and sourcing technology.

Transporting food from one end of a country to another can be a costly endeavor. Produce needs to be kept refrigerated en route and livestock often need to be tended to on the way to slaughterhouses. Therefore, many brands selling edible items often purchase raw materials from farmers and ranchers who can cheaply produce massive amounts of product in order to make the food more affordable on supermarket shelves. For those wondering "what is the procurement process?" deducing how the aforementioned scenario weighs against company preferences is materials acquisition in a nutshell.

According to MIT Technology Review, Silicon Valley startup Hampton Creek Foods is aiming to reduce the price of commodities derived from eggs by manufacturing a plant-based alternative. CEO Josh Tetrick claimed that the idea is ethically sound and economically sustainable.

"If we were starting from scratch, would we get eggs from birds crammed into cages so small they can't flap their wings ... eating antibiotic-laden soy and corn to get them to lay 283 eggs a year?" asked Tetrick, as quoted by the source.

Though the idea seems appealing, marketing analysis suggests that Hampton Creek Foods would find it challenging to push its brand to companies that are wary of their customers' preferences. Cattle Network referenced a study conducted by the U.S. Farmers and Ranchers Alliance that named three primary concerns consumers keep in mind while shopping for food.

Ultimately, the aforementioned points could play against Hampton Creek's endeavors. In reference to point  No. 1, suppose that the company sourced from farmers using genetically modified plants so that it could cheaply produce large amounts of the material. As a result, businesses making egg-derived products may hesitate to purchase Hampton Creek's materials - unless the latter organization could ensure that its products will result in more affordable items.