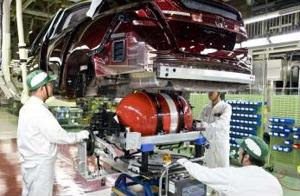 Enterprises across the globe are beginning to factor emissions into their corporate cost reduction plans. Due to numerous government regulations and consumer demand for best practices, renewable resources have witnessed increased implementation, in turn making green technology more affordable and efficient. Most importantly, businesses are viewing solar, wind or other alternative power sources as assets that could be leveraged to lower electricity and fuel expenses.

Gina-Marie Cheeseman, a contributor to Just Means, wrote that Dutch brewer Heineken has reduced its carbon emissions by 26 percent since 2008, making its 2015 goal of of 27 percent quite possible. The beer company also set an ambitious target of decreasing indirect carbon production by 40 percent in 2020. This success is attributed to Heineken's implementation of green technology throughout all of its distribution practices.

While supplier relationship management solutions and other procurement-related software likely helped the company cut back on transportation and storage inefficiencies, Cheeseman noted that Heineken's usage of renewable energy increased from 9.3 percent in 2012 to an astounding 18 percent in 2013. The enterprise currently participates in the European Union-funded Solar Brew project, which supports the economic feasibility of large scale solar thermal system integration in brewing practices.

A new way to cool

Hydrogen technology has been dabbled with in the past, yet companies conducting spend analysis often find that fuel cells are more expensive than their diesel counterparts. As of now, Pacific Northwest's machine costs about $40,000, while the less-efficient option is typically priced anywhere between $20,000 to $30,000. However, Brooks noted that the cost for fuel cell machinery is declining.

In addition, Brooks lauded the technology as being more rigorous than diesel fuel - telling NPR that fuel cells can work more efficiently in particularly hot environments than diesel-powered refrigeration systems. As far as the numbers are concerned, Pacific Northwest's device is anticipated to save 10 gallons of fuel per day per truck. If every on-road vehicle currently using container cooling systems adopts the solution, companies could save $11.1 million cumulatively.