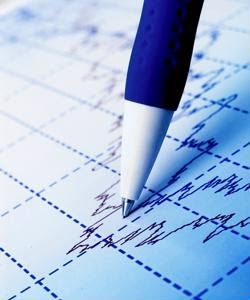 Though such a consideration would initially seem inapplicable, United States appliance maker Whirlpool pays particularly close attention to the building industry. SupplyChainBrain reported that the manufacturer conducts marketing analysis reports on a regular basis to chart the health of the construction sector because it often coincides with demand for goods such as driers, dishwashers and refrigerators.

Right now, economic conditions look quite favorable for the company. According to Ahwatukee Foothills News, the U.S. Bureau of Labor Statistics reported that residential building added 100,000 jobs last year. On a per-monthly basis, 8,000 positions were produced from September 2013 to February 2014. The source also cited data produced by the National Association of Home Builders, which suggested that moderate increases in construction is likely to occur in the near term.

"The gradual, persistent increase in the number of markets improving is further indication of the slow but steady process of resolving the economic and housing problems that developed during the Great Recession," the NAHB stated in its recent Eye of the Economy newsletter, as quoted by Ahwatukee Foothills.

A need for oversight

In order to keep distribution costs low, Whirlpool weighed the pros and cons of outsourcing to a third-party logistics provider. SupplyChainBrain acknowledged that the company strongly considered the benefits of hiring an independent market research analyst to give the company a better view of the construction economy. Scrutinizing distribution and the housing market in a cohesive manner is more favorable than considering each aspect of the business separately.

Michelle VanderMeer, Whirlpool's senior director of North American logistics, noted that a variety of elements are factored into the equation. The company's domestic manufacturing operations, transportation expenses and commitments to sustainability are all considered when VanderMeer's team analyzes the housing market. Generally, the construction of new homes generates residual demand for large household appliances - meaning that the manufacturer may witness fluctuations over a large period of time.

VanderMeer's spend analysis reports have also caused Whirlpool to find creative ways to reduce shipping costs. SupplyChainBrain noted the organization's partnership with ceramic tile maker Dal-Tile, which puts its materials underneath Whirlpool's appliances whenever they're placed in a trucking container.

Additionally, Whirlpool has sought to achieve corporate cost reduction by committing to sustainable practices, which in turn lowers the price of its overall goods. Ultimately, such a process allows the corporation to remain competitive.