Blockchain: What’s in it for Procurement? 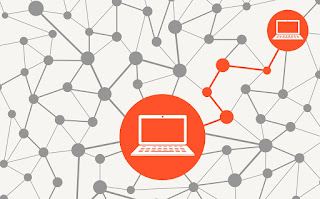 Stop me if you’ve heard this one before: “Groundbreaking new technology has emerged that promises to end all woes and transform the digital landscape.” There’s no shortage of these breakthroughs. Hell, Gartner’s Magic Quadrant series lives and breathes by them.

Today’s technology in the spotlight? Blockchain. No doubt you've heard of it by now, potentially you've heard some of the benefits as well. It has been front and center in the media lately, largely thanks to its proposed utility.

Like all technological advancements before it, blockchain will likely end up in one of three camps:
I’m not a tech guru, and wouldn’t begin to guess whether camp #1 or #2 above is more likely. My only goal here today is to make sure we don’t land squarely (and embarrassingly) in camp #3. At the very least, Procurement professionals must understand the benefits this technology offers and the value that it holds.

So, what is blockchain and, more importantly, what’s in it for Procurement?

For starters, blockchain isn’t really “today’s technology.” The concept has been around for about a decade, and is familiar to most people through association with cryptocurrencies like Bitcoin. The technology is essentially a digital ledger. The benefits of this technology are that it is both decentralized and distributed.  In other words, blockchain transactions do not require agency, and multiple copies of each transaction may exist in more than one location. These two elements lead to great security – falsifying the record in one location can’t work because of the true, untampered version that resides everywhere else. This makes blockchain a permanent, tamper-proof record keeping device.

Rooted in finance, blockchain is actually very versatile. The technology can record and track essentially any data you want. If there’s an element of a good or service that can be tracked, blockchain can help you do it.

Which leads to the other half of our question…

What’s in it for Procurement?

Think of all the systems we work with each day. Consider what a headache we get when the data in one system doesn’t agree with that of another. Using blockchain technology, any changes made to a ledger are logged, thus ensuring up-to-date information among all systems referencing it.

Speaking of these changes, blockchain introduces a level of tracking and transparency that would be a boon to Procurement. Think of all the places along your supply chain where things can and do go wrong. Tracking such problems back to their source could be made easier by reviewing the entries made to the blockchain ledger, and you can be assured that the record is tamper-proof.

The technology also isn’t without downsides. Blockchain’s hack-proof quality doesn’t mean everything attached to it is. A chain is only as strong as the weakest link. We live in an age where our coworkers are still falling prey to phishing schemes and our third party integrations open the door to supply chain cyberattacks. In short, the danger of calling something hack-proof comes from the false sense of security it emboldens… An impression that could spread to other less invincible realms of our technology landscape.

Should Procurement Delve Deeper into Blockchain?

This technology is as valuable to Procurement as the applications being built using it. Smart Contracts are a great example of blockchain being used to solve issues for Procurement. Think of a Smart Contract as an automated and streamlined contract process that removes all middlemen and, critically, time wasted in contract preparation. These tools encode the terms of a contract into a secure digital ledger that all parties agree to, executing when the conditions of said terms are met.

There is precedent for bringing this technology into Procurement. I linked to a rancher experimenting with blockchain above, and there are plenty of other examples as well. De Beers is also getting in on blockchain to track diamonds to ensure ethically sourced stones.

This technology is only limited by how far Procurement can run with it – although caution is necessary when considering any new technology, I believe blockchain will play a key role in supply chain management going forward.
Data Science, Procurement, Trending