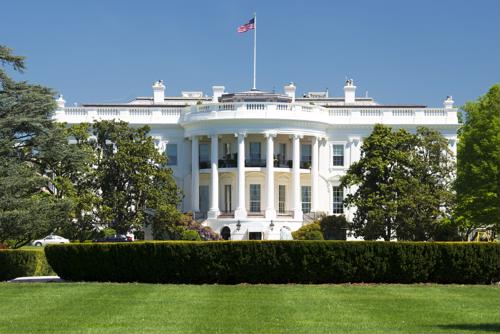 Small-business owners, trade organizations and multinational corporations haven't been shy about airing their opinions regarding the potential repercussions of the import tariffs installed by the White House, particularly as they pertain to supply chain management.

The latest to join the throngs of the none-too-pleased is Procter & Gamble.
As reported by CNN Money, the consumer goods giant issued a request to the Trump administration in early September, asking that it not be subject to the $200 billion tariff placed on a variety of imported products that P&G manufacturers. The company's requests fell on deaf ears, however, presaging challenging times may be ahead for the multinational corporation's distribution supply chain.

Selina Jackson, vice president of government relations and public policy at P&G, restated its opposition to the tariffs in a missive sent to the U.S. Trade Representative, which falls under the executive branch's purview.

"These imports are necessary to P&G's ability to delight consumers and meet their needs," Jackson explained, according to Fox Business. "Higher costs from tariffs may also translate into higher prices, reduce P&G sales and undermine American jobs in the P&G U.S. operations."

Unlike a growing number of manufacturers, which produce their products to save on operating expenses, 90 percent of the goods that P&G develops are made in the U.S.A., according to CNN Money. However, the parts, materials and equipment used to make these goods largely come from China, the same country that's engaged in a tit-for-tat trade war with the U.S.

Not only does buying these parts raise the cost of business for P&G, but it forces the company to charge more, creating a domino effect that could ultimately harm consumers and the U.S. economy at large.

"The West Virginia plant is expected to create around 1,800 jobs."
Tariffs will harm P&G workers, company says
In its original letter to the U.S. Trade Representative, Jackson warned that the tariffs would harm P&G workers. The multinational corporation is in the midst of developing a $500 million plant in West Virginia, one that's expected to create an estimated 1,800 jobs, according to CNN Money. But because much of its internal infrastructure derives from China, important tariffs will make it more expensive to finish off the plant's development.

"These new P&G jobs in West Virginia will be undermined by proposed tariffs," Jackson wrote in a Sept. 6 letter. "As the tariff impact ripples through P&G's manufacturing cost structure, P&G will be under intense pressure to increase the price of finished goods."

"This argument about prices - there's very high cost to low prices," Navarro noted.
Navarro went on to state that P&G was being somewhat hypocritical by profiting off of goods coming from China instead of buying domestic, which led to companies shipping many of their manufacturing jobs overseas. Navarro said that the ongoing trade dispute is designed to put U.S. businesses in a better strategic position and ultimately lead to corporate cost reduction.

"If you look at this as an economist, what you see is the use of tariffs to pull down the unfair trade practices and tariffs in these foreign countries, but you also see it as a way to build capacity here," Navarro told Bartiromo. "Wages go up, jobs go up, factories get built, investment goes up and that's how you build a strong America."

Most of the tariff declarations have yet to be implemented, but since July, approximately $50 billion in new import and export tariffs have been enacted
Procurement News