Five Procurement Mistakes that are Costing You Money 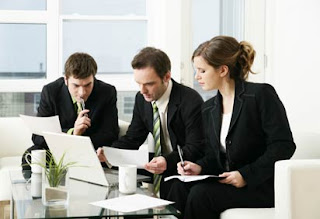 A good juggler can keep three balls in the air at once. A great juggler can maybe keep seven or eight circling above them. All things considered, however, each of these two jugglers only has a single ball in hand at once.

With all the day-to-day tactical tasks on Procurement’s plate these days, just trying to keep the trains running can seem a lot like juggling. There are only so many tasks we can focus on each day. At some point, with so much going on, we’re bound to make at least one mistake.

Mistakes happen. Even the best Procurement team will drop a ball now and then. However, even seemingly small mistakes can have huge consequences.

While not exhaustive, I’ve listed several big mistakes that are becoming all too common these days.

Not checking the market. I’ll start with the most obvious mistake first. There are always long-term suppliers that we’ve worked with for years. They know our business and we trust them to support us. Perhaps we’ve conducted a few rounds of negotiations over the years and, to their credit, they conceded some marginal price reductions. Is this a win? Hard to say – if you haven’t gone to market in the past couple years, you have no idea what competitors are charging. Beyond costs alone, you don’t know what advancements hungry competitors are devising that could revolutionize your own processes.

You don’t know what you don’t know. Identify the key players in the market today, and gather intel through an RFI or RFP – see what you’re missing out on. Minimally, your incumbent will likely come to the negotiating table with a much stronger discount next time.

Discounting Suppliers’ Value. I want to return to one point I glossed over above. To be sure cost reduction is important, but getting a lower price isn’t the only value suppliers bring. Suppliers know their markets better than Procurement can – they have the benefit of deep focus, where we need to be familiar with a great breadth of offerings procured. Too often, however, Procurement ignores valuable insights from these experts. Reach out to your suppliers at a more strategic level – find out where they see the industry moving, and what advancements they’re making that could benefit you.

Failing to communicate with suppliers. As mentioned, running an RFI or RFP is a great way to learn more about a supplier’s offerings and how they can solve your problems. However, communication needs to be a two-way street. You can’t simply outline a short list of specs and expect a supplier to respond with the perfect plan. Suppliers will have questions. They’ll have a need for clarification. Too often, an open forum for Q&A is omitted from the RFP time line.

Make no mistake, blocking off this communication will hurt you. If suppliers don’t get the information they need, they’re left to make assumptions about your needs. The more assumptions that get baked into a proposal, the more likely they won’t be a fit for your needs. Additionally, comparing two proposals filled with assumptions is essentially comparing apples to oranges.

Failing to negotiate. By the end of our market event, if we played our cards right, we should have strong market intelligence on competitive pricing and SLAs. If the lowest cost supplier also offers competitive service, that’s a win, right? Yes – but not as much of a win as it could be. Identifying a competitive initial cost does not replace the need to further negotiate. Everythign is on the table until you sign on the dotted line.

Failing to enforce policy. So we’ve set up a competitive agreement with a new supplier that should save us huge sums of money. Great! Or is it? That all depends on if that agreement is adhered to. Office supply spend is a simple example, and a very common place for this mistake to occur. You’ve worked to put together a competitively priced contract list of common items. However, employees continue to order off-contract, thereby sidestepping all the work you’ve done in order to buy supplies that are more expensive than the items you negotiated.
Best Practices, Humor Rants Observations, Procurement