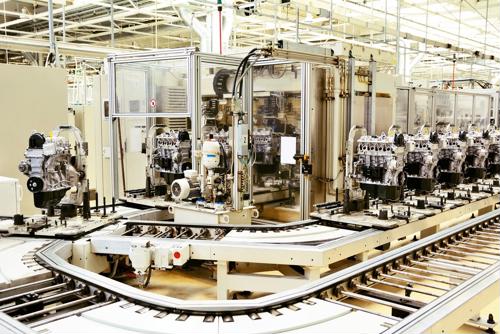 Few factors matter more to auto dealers and manufacturers than maintaining a consistent production supply chain. As with other industries, car buying demand waxes and wanes, but by following market dynamics and the cost of development - particularly when interacting with overseas trading partners - the automotive sector can adjust accordingly.

However, with import tariffs now in place, uncertainty is replacing relative predictability, which is why a majority of auto industry professionals believe these duties will cause more harm than good for sales and supply quality management, according to the results of a recent poll.

66 percent believe customers will spend more
In a survey of new-car auto dealers, 56 percent of respondents viewed import tariffs in a negative light, based on findings from Cox Automotive, which commissioned the poll. Additionally, 2 in 3 predicted that customers will feel the effects, due to the higher costs of development being passed on to consumers. Sixty-six percent of respondents felt this way about new vehicles as a whole, not just cars imported from supply chains overseas.

Jonathan Smoke, chief economist at Cox Automotive, noted that while dealers are reporting strong returns - most notably in the third quarter - they're bracing for impact with import tariffs now in effect on certain products and parts.

"While they are positive on today's business, the new looming threat is the negative impact of proposed tariffs on imported autos and parts," Smoke warned. "And, for the first time, dealers indicate that limited inventory is the No. 1 obstacle holding back business."

Just 11 percent consider tariffs good for business
Some contend that tariffs aren't all bad, arguing that when implemented strategically, they can make for greater supplier negotiation. However, this is a minority viewpoint, held by just 11 percent of dealers in the Cox Automotive poll.

"The U.S. imposed tariffs on $34 billion worth of Chinese products in July."

Throughout his term in office, which is nearing the two-year mark, President Donald Trump has argued that the U.S. has been getting the short end of the stick in regard to trading with foreign countries. In July, the U.S. imposed tariffs on $34 billion worth of Chinese goods. Unsurprisingly, China responded by raising tariffs as well. As noted by CNBC, there's a 40 percent tariff on vehicles built in the U.S. but sold on foreign soil and a 25 percent tariff on goods manufactured in China but sold domestically.

Auto industry veteran Jim Press told CNBC's  "Closing Bell" in July that tariffs are much like taxes - once in place, they rarely go away. This can lead to production disruptions due to higher manufacturing costs. "It causes a great deal of uncertainty in investment decisions, production decisions, design of product," Press said. "It's a very difficult situation for the auto companies."

Given the unpredictable environment, manufacturers are regrouping by analyzing their work processes to ensure the supply chain remains as unaltered as possible in the midst of what economists refer to as a tit-for-tat trade war. Some manufacturers, such as Harley Davidson, acted peremptorily, stating in June they intended to direct more of their production activity in more cost-efficient locations, including India, Thailand and Brazil, Reuters reported.

In the meantime, Press has called on the White House to reverse course, stating that given the health of the auto industry, inciting tariff tensions is counterproductive.
Procurement News