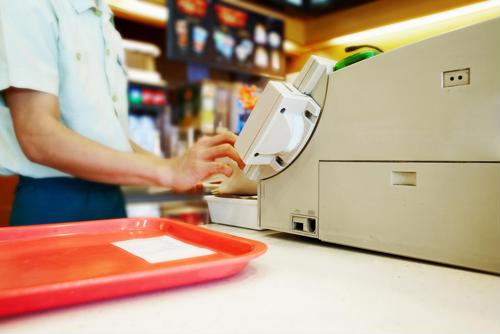 As fast-casual dining establishments seek to establish more predictable supply chain spend management while also improving the customer experience, an increasing number of eateries are turning to automation as a potential elixir.


"McDonald's, Panera Bread, Subway and Wendy's are a few of the fast-food chains making use of self-serve kiosks."
Some of the world's most well-known and highly trafficked fast-food giants are introducing touch-screen kiosks that enable customers to pick what they want without ordering from cashiers directly. Panera Bread, McDonald's, Subway, Wendy's and Jack in the Box are among the largest eateries using them at various locations, multiple news outlets reported, including CNBC and USA Today.

Leonard Comma, Jack in the Box CEO, noted at the ICR Conference held earlier this year that self-service kiosks are a major corporate cost reduction that trim expenses associated with labor.
"As we see the rising costs of labor, it just makes sense," Comma explained, according to Foodable Network.

Comma went on to note that kiosks help make work processes more efficient by eliminating interactions that don't require the human touch, while at the same time resulting in stronger returns, as patrons tend to order more menu items. In so doing, managers get a better idea of the types of food and beverage products they'll need to satisfy customer demand, a key component of supply chain optimization.

More kiosk installations scheduled
Initially, fast-food facilities introduced kiosks on a preliminary basis to see if they would catch on. Several months into the trial run, corporate boards are doubling down, with McDonald's poised to add kiosks to an additional 2,500 stores on a slow and steady basis, Foodable Network reported. They've made assurances, however, that the move won't be a jobs killer. Workers aren't so sure, as polling suggests employees can't help but feel threatened by the automation era. Indeed, in a survey conducted by Gallup in 2017, approximately 1 in 4 respondents said they anticipated state-of-the-art technologies rendering their positions obsolete within 20 years. They're not too worried about this happening in the immediate future, as 62 percent felt their jobs were secure over the next five years.

In addition to lending predictability to the supply chain - regular customers tend to be creatures of habit on the food-ordering front - self-service kiosks help to expedite the delivery process, as diners seek to accommodate their on-the-go lifestyles.

Kiosks bound to branch out
Innovative solutions expert Devora Henderson, in an opinion piece for QSR Magazine, said kiosk expansion was an inevitability, so it makes sense for chains to introduce them now.
"We're at an inflection point in both personal and business technology where digital penetration is everywhere, so much that in order to survive and thrive, every company must in some way be a technology company," Henderson opined. "Quick-serves must invest in technology and digital transformation in order to keep up with both consumer preferences and operational demands."

As kiosks increasingly gain traction, managers will need to keep tabs on the items being ordered more commonly than others, optimizing the supply chain to avoid customer dissatisfaction and delays - the very antithesis of quick serve.
Procurement News