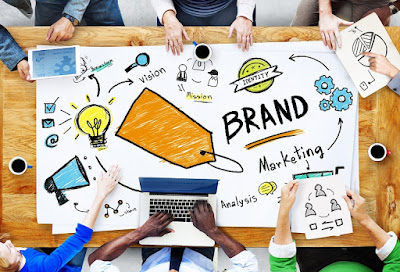 I was forwarded an article by a colleague on media buying – specifically, an article that asked the question of its readers, “why not do it ourselves?” It seems like a good question to ask. Certainly, from the strategic sourcing side, anything that could lower cost, streamline activity, improve results, or a combination of the three is worth investigating.

So, what is driving this desire to pull media buying in-house? As importantly, what are some of the things organizations should watch for (or watch out for) when considering such a move?

First, Some Background Info
The article follows some choices made by the leadership team of Pernod Ricard. You’ll recognize the brand as a maker of distilled beverages, including Absolut Vodka (an acquisition made by the company in 2008).

The workload was split between strategic and tactical items. In terms of brand strategy, agencies are still very involved in supporting the organization. However, much of the tactical elements of media, such as placing digital buys and repurposing content for different platforms, are now being managed internally – to the tune of huge savings. Relying on internal buyers saved the company tens of millions so far, half of which is reinvested in advertising (a win-win for the company and Marketing).
Pernod Ricard isn’t alone here. Plenty of organizations are bringing media buying in-house to raise the level of control (and also transparency) they have. The rise of programmatic media buying has made this element of advertising easier than ever to take in-house.

A valid question remains, however – what are we leaving on the table by cutting out media buying agencies?

Why is Media Buying Moving In-House?
Before we get there, let’s talk about programmatic buying. I likely don’t need to go into much detail here – programmatic buying has been on the rise, and is poised to be an essentially ubiquitous tool in every marketer’s toolbox in very short order. However, I’ll give a small refresher.

In a nutshell, programmatic buying means transitioning the onus of choosing ad space based on algorithm-fueled software, essentially automating the process. Buyers define parameters they want to target, but otherwise set their ad buying black boxes to fill in the details. Part and parcel with this software is the need for reporting mechanisms to review how well the aforementioned parameters are stacking up – if need be, buyers can tweak these variables to improve performance in a heartbeat.

Highly targeted, and highly reactive. Beats the slow moving spray-and-pray methodology of yesterday, and using tools that internal teams can manage on their own.

Value of Retaining Media Buyers
So, I mean, nuts to paying media buyers when programmatic solves all our problems, right? Well, not necessarily.

First, not all outlets are created equal when looking at programmatic. Although more outlets are being considered opportunities for programmatic buying, it is largely still most prevalent in the digital advertising space. Two outlets Pernod Ricard is making direct buys with include Adobe Advertising Cloud and Google DoubleClick Bid Manager. This isn’t to say other outlets are out of bounds – we may start seeing more programmatic billboard buys as time passes. However, many newer internal teams will likely stick to where the tools have traditionally shone, which could limit opportunities.

On that topic, how green your team is will also impact your success bringing media buying in-house. Pernod Ricard didn’t make the jump without proper resources in play. They first ensured their internal team could talk the talk and walk the walk as any outside agency would. This is critical, not just for the organization, but for the outlets that will be working with them directly moving forward.

So far, we’ve talked a lot about one particular moment in time – buying a spot. In terms of programmatic, this is the task that such tools take care of. But what about everything before and after? The set up and break down that sandwiches a buy is what you can’t necessarily replace very easily with an inside team. As a single, simple example – how about make-goods? Programmatic buyers can often trust automation too much – when something goes wrong and an advertiser is entitled to make-goods, you need someone at the wheel to identify the error and get the outlet to correct it. This bird dogging is something a media buyer will do for you – but not necessarily something a greener internal resource would even think about if they’re overly steeped in a set-and-forget mindset.

Where’s the Middle Ground?
I see plenty of value in bringing elements of media buying (among other, related services) inside. That said, I don’t think it is appropriate for every organization, and I don’t think this is a black and white affair.

Is it right for your organization? As I said earlier, it seems like a good question to ask. So ask yourself,
Finding the right balance of inside and outside resources can not only save money, but also allow your agencies to focus more on strategic elements in order to improve overall quality as well.
Best Practices, Marketing