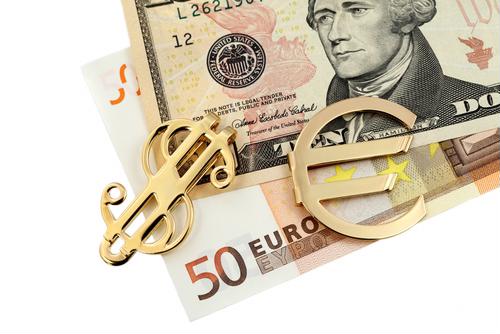 A fractured supply chain can spell disaster for auto manufacturers, which is why the industry - in no uncertain terms - has aired its frustration over the tariff war between the world's largest economies. Dealers have made their displeasure known as well, with 56 percent saying they expect import tariffs to adversely affect them in a Cox Automotive poll.

Now, dozens of trade associations throughout the U.S. are joining the growing chorus of detractors to the ongoing tariff dispute.

The National Retail Federation, Farmers for Free and the National Fisheries Institute represent three of the more than 80 trade groups that recently formed Americans for Free Trade, a coalition speaking on behalf of thousands of business owners and entrepreneurs who believe that raising tariffs is more harmful than helpful.

Matthew Shay, president and CEO of the NRF, said no one wins when tariffs increase.
"Every sector of the U.S. economy stands to lose in a trade war," Shay warned. "The stakes couldn't be higher for American families, businesses, farmers and workers threatened by job losses and higher prices as a result of tit-for-tat tariffs."

45 percent of Americans oppose tariffs
It isn't just business owners who are opposed to them; everyday Americans are none too pleased either. Forty-five percent of respondents in a Gallup survey said they anticipated tariffs having an unfavorable impact on the country's economy. Thirty-three percent said their personal financial health would likely also experience the unwelcome effects.

Brian Kuehl, Farmers for Free executive director, said he's personally witnessed the fallout himself.
"If you are in Des Moines, Iowa or Harrisburg, Pennsylvania it's not just that tariffs are dropping the value of corn, soy or pork," Kuehl explained. "Increasingly it's that the price of buying a dishwasher has gone up, or that a local business has put off expansion because of the price of steel or aluminum."


Job losses are possible
National Fisheries Institute President John Connelly added that tariffs have a domino effect, because when the cost of supplies go up - which makes the supply chain less predictable - consumers feel it one way or another. They may be impacted in what they spend out of pocket and in what they earn. Connelly also referenced how tariffs are poised to damage the seafood industry.

"The seafood supply chain works off of low profit margins," he said. "A 10 percent duty added to commercial seafood items will harm seafood businesses large and small, but a 25 percent duty will devastate them and ultimately cost jobs here."

The tariff trade dispute doesn't appear to be ending any time soon, especially between the China and the U.S., the world's biggest economies and first and third, respectively, in population. As reported by The Wall Street Journal, the White House announced an additional $200 billion of new levies on Chinese imported goods, slated to go into effect on Sept. 24. China responded, stating that it will install $60 billion on U.S.-made products.

The paper noted that if the threatened tariffs go into effect, almost all forms of trade will experience price modifications.

According to the Office of the U.S. Trade Representative, the top products the U.S. sends to China are aircraft, machinery and staple foods like grain, seeds and fruit. Its chief imports from there include electrical machinery, furniture and bedding and toys.
Procurement News