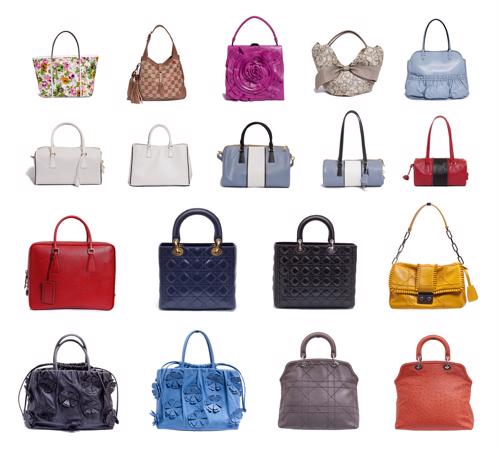 In a bid to improve operational excellence on behalf of customers, as well as supply chain management, two of the more well-known names in the retail space are joining forces.

As reported by numerous media outlets, Michaels Kors has agreed to buy luxury designer Versace, a move that could very well shake up an industry that's witnessed substantial turnover due to the impact of e-commerce. Worth a reported $2.1 billion, the deal will also purchase the luxury designer's debt, although Versace turned a corner in 2017 by finishing the year in the black, Reuters reported.
John Idol, CEO and chairman of Michael Kors Holdings, said in a statement that the merging of the two companies is mutually beneficial.
"With the acquisition of Versace we have created one of the world's leading fashion and luxury groups," Idol explained.

This isn't the first time Michael Kors Holdings has tried to purchase its former rival. Earlier this year, Idol met up with Donatella Versace, who took over the company when her brother, Gianni, passed away in 1997. Idol inquired as to whether she'd be willing to sell the business her brother founded.
"I wasn't thinking about selling," Versace told The Wall Street Journal. "But I talked to John. He has the same passion for the business. And he can offer us expertise."

Versace added that Idol's expertise in digital commerce helped to seal the deal, which is a core
component of how the luxury designer manages its production supply chain.

To be renamed Capri Holdings
When two companies combine into one, there's always a question of what the business will be called, which can take a while to determine. As soon as the deal closes, which is slated for some time in the fourth quarter, Michael Kors will change its name to Capri Holdings. The company said the name derives from the island of the same name which is situated in the Bay of Naples off the Sorrentine Peninsula, CNBC reported.

In a statement, Donatella said she couldn't be happier with Versace's new partnership.
"We are all very excited to join a group led by John Idol, whom I have always admired as a visionary as well as a strong and passionate leader," Donatella explained. "We believe that being part of this group is essential to Versace's long-term success."

Poised to widen locations internationally
In addition to the potential impact the merge could play on the European luxury market, one that's highly sought-after given its exclusivity, the deal runs counter to what's been a theme among retailers of late, where brick-and-mortar locations have closed due to slow-moving sales. Versace intends to expand its locations, jumping from 200 stores worldwide to an anticipated 300, according to multiple reports. It also hopes to increase its supply of accessories and footwear, something Idol specializes in. If all goes according to plan, its revenues from accessories and footwear would increase to 60 percent of revenue from their current 35 percent.

However, the company's physical footprint likely won't be quite as widespread in North America, although it will remain where the majority of its operations are located. Specifically, Michael Kors plans to reduce its visibility in the Americas to 57 percent from 66 percent, while expanding in Europe and Asia, in particular - to 19 percent from 11 percent, CNBC reported.

Michael Kors' acquisition of Versace is only its latest strategic sourcing plan of action within the luxury retail segment. As reported by BBC, the business purchased luxury shoemaker Jimmy Choo in 2017 for $1.2 billion. Industry insiders say Michael Kors needs to be careful, however, to avoid the saturation effect.
Procurement News