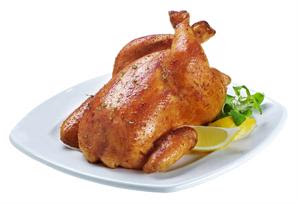 After horse meat entered the European food supply chain and it was discovered many beef products actually contained horse, grocers pulled contaminated products, consumers were hesitant to purchase meat and governments called for investigations. The scandal has some companies vowing to change up their procurement strategies in an effort to ensure products are labeled correctly.

British retailer Tesco recently announced it will source more meat from the U.K. to guarantee no horse meat enters beef products and shorten its supply chains. Besides preventing any future problems like the horse meat situation, the company will also have more oversight in regard to its products and build up a better reputation with consumers. According to Bloomberg Businessweek, a National Farmers Union (NFU) survey revealed more than 86 percent of U.K. consumers are now more likely to purchase food sourced domestically and another 78 percent believe supermarkets should sell more products from the U.K.

"Where it's reasonable to do so, we will source from British producers," said Tesco's CEO Philip Clarke at an NFU conference, according to Fox Business.

Clarke added that the company would seek to sell fresh chicken sourced solely from the U.K. starting in July.

The company has announced that in addition to more domestic sourcing, it will also introduce a new testing procedure that will ensure its products are properly labeled and consumers are purchasing the correct merchandise.

By shortening its sourcing processes and making its procurement easier to handle, the company may be able to enjoy greater cost savings, especially those associated with shipping product. As Tesco will no longer need to pay to source some of its meat from other countries, it could see a cost reduction in some of its processes.