Home Best Practices Paper Filers, You Can Blame the Postal Service for Your Delayed Tax Returns

Paper Filers, You Can Blame the Postal Service for Your Delayed Tax Returns 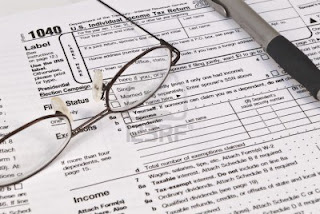 It’s that time of the year when people are scurrying to get their tax documents together and begin the arduous task of hand-filing their documents before the ever-encroaching April 15th deadline. For those paper filers, or those electronic users who don’t trust the government with their banking info, that are expecting a refund check in the mail, this will soon turn into even more of a waiting game as the United States Postal Service (USPS) will no longer be delivering first-class mail on Saturdays. This will include letters, bills, cards, catalogs, and most
certainly your refund check from the IRS.

News of the service cutback was announced Wednesday, January 6, 2013.  The driving factor for this new development in the postal service is to save the financially troubled agency approximately $2 billion annually. While the increased use of email and social networking are typically blamed for the Postal Service’s woes, its unique business status as established by the Postal Reorganization Act of 1970 has affected it as well. The statute converted the then-Federal agency to a semi-independent organization, keeping it tax exempt and allowing it to borrow from the government at a reduced rate but preventing it from ever making a profit – meaning that the Postal Service can never save up for a rainy day, can never establish retail outlets to generate additional profit, and can never budget to produce a surplus. Still, cost factors are hitting the Postal Service harder than many predicted, like the drops in usage due to increased usage of email and increased competition from local and national delivery services, and the cost of health care provided to current staff as well as those on pensions and retirement swinging ever-upward.  Count the emails you sent last year, and look at how much your medical insurance costs, and it is easier to see how the Postal Service lost $15.9 billion last year.

As the USPS attempts to reduce its cost by downsizing its services while making efforts to generate additional revenue with near-annual postage stamp rate increases, the outlook becomes a bit more optimistic looking to the future. Until recovery materializes for the Postal Service, you can definitely expect to wait a little longer for your tax refund next season, as the discontinuance of Saturday service will take effect in August of this year.
Best Practices