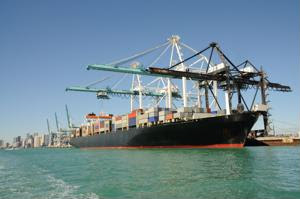 China recently took control of Pakistan's Gwadar port, a move that could give it a strategic economic advantage for shipping products across the world and receiving raw materials from other countries. The docks were transferred to the state-owned China Overseas Ports Holding Company earlier this week, as the Chinese financed much of the nearly $250 million needed to develop the port, which will likely be used to help grow China's economy, business supply chains and aid its military growth.

Managing this port provides Chinese boats with critical access to the Strait of Hormuz, which, according to The Associated Press, is the path nearly 20 percent of the world's oil takes on its way to market. This could give Chinese companies the potential to be able to procure energy sources more quickly and easily and ensure businesses within the country aren't limited on the natural resources they need to increase production.

However, even though China has access to this critical port, it may have difficulty shipping Chinese-made goods or sending materials shipped there back to facilities within the country. Reports indicate little of the infrastructure that would get goods from the port to Pakistan's large Indus Highway is actually in place, and The New York Times reported the port management's website revealed no ship has docked in Gwadar port since November 2012. The AP revealed one of the only routes is typically blocked by snow during the winter, which would make transporting goods from the port to China difficult for an entire season.

Pakistan's president Asif Ali Zardari disagreed and claimed the port would make Gwadar a "hub of trade and commerce in the region," according to The AP, and its management by a Chinese firm would only strengthen the relationship between China and Pakistan.