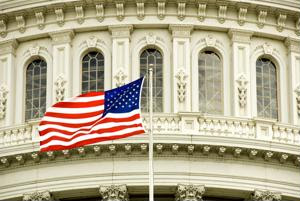 Since a recent audit revealed the District of Columbia's procurement practices have "significant deficiencies," the area's polices have been under close scrutiny.

One of the big problems discovered during this audit was related to the bidding process the District is required by law to undertake before awarding a contract. Out of the 131 competitive procurements looked into, there was evidence of bidding for only 30 contracts. Similar oversight was found in the audit of emergency procurements, which are reserved for situations such as floods, epidemics and catastrophic events. Thirteen of these purchases were reviewed by auditors, who found five had no documentation that established they were actually for emergencies.

Besides the limited evidence of competitive bidding processes and emergency procurements, there were other problems found by auditors. Legal sufficiency reviews were determined not to be available and purchase card holders were found to have exceeded cycle limits.

In his State of the District speech, Mayor Vincent Gray noted the problem needs to be fixed and politicians should take the initiative to reform a broken system.

"The reform initiative will streamline our purchasing and contracting processes, eliminate confusing and outdated rules, increase faith in the process while minimizing meritless protests, and reduce the time it takes to complete procurements," he said.

Procurement processes were responsible for some of the deficiencies found during the audit, and even though Gray addressed the issue, other problems remain.

The audit uncovered a variety of weaknesses in the District's information technology systems. It was found District officials' restriction of financial applications was erratic and user access was inconsistently documented throughout the process. Password configurations were also discovered to be outdated and officials failed to restrict developer access to a variety of important applications.

The District will now need to develop new policies and practices to ensure data breaches don't result in a loss of confidential information and its sensitive data in regard to procurement, sourcing and finances cannot be accessed.

"Over the last several years, the District has engaged in an extensive remediation process to address and resolve the reported findings and to strengthen internal controls related to information technology," said a D.C. representative, according to the Washington Business Journal. "While much improvement has been made as a result of that effort, we recognize that there are areas in which improvement is still needed."