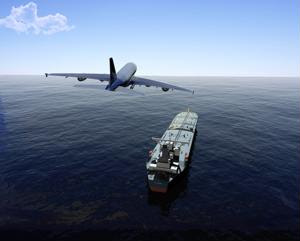 The British Ministry of Defense (MoD) is taking serious criticism for its assumed plans to begin outsourcing responsibility for the sourcing and maintenance of military equipment. While such a plan could be good news for the company that lands the contract, it has resulted in public backlash and been criticized by Parliament.

According to Reuters, years of inflated expenses and poor management have contributed to the MoD's desire to outsource these responsibilities. As the U.K. copes with a massive budget deficit and struggling economy, politicians are trying to find a way to increase efficiency and find cost savings; however, some doubt this new procurement strategy would be the ideal way to proceed. Rather, they believe the agency should look to cut expenses elsewhere within its supply chain.

Parliament's defense committee warned the MoD this change in procurement practices would result in problems, and would prevent the department from retaining control over its purchases, potentially threatening the U.K's ability to defend itself.

As further proof the MoD should refrain from outsourcing its procurement, the committee cited other project management failures that have gone awry in the past. One example mentioned was the expensive reversal of a decision on the type of fighter jets to be flown off new aircraft carriers in 2010. The decisions regarding the F35 Joint Strike Fighter cost the MoD some standing with the public and other government agencies.

"We urge the MoD to learn the lessons of this closed, rushed and flawed decision," the committee said, comparing the fighter jet fiasco to the MoD's possible implementation of new procurement policies.

Some opponents have expressed dismay that the cost cutting strategies that may be implemented, such as the procurement of more foreign-made equipment. Many would rather see the MoD cut costs elsewhere and rely, as it has on the past, on many domestic suppliers. While many private companies have successfully lowered expenses by manufacturing overseas or purchasing goods made overseas, this idea isn't popular with the committee or some members of the public.