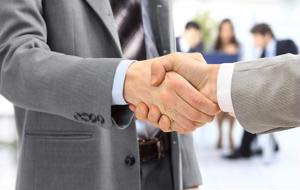 Tech giant Apple is often criticized for its supply chain, and it was recently revealed the company works with some suppliers that hire underage workers, practice workplace discrimination and occasionally compromise worker safety. The corporation recently conducted an audit of its suppliers and found many factories are still engaging in these practices, despite being forbidden by Apple.

One of the company's large suppliers, Foxconn, is attempting to brush off the negative news by increasing worker participation in unions. The company came under serious scrutiny several years ago when several workers committed suicide due to the working conditions at Foxconn factories. The electronics producer, which manufactures gadgets such as Apple's popular iPhone, is beginning to employees to get involved and join a body that will actively protect worker interests.

"As a part of efforts to implement the action plan that was developed together with the Fair Labor Association following the assessment they conducted in early 2012, Foxconn is introducing measures to enhance employee representation in the Foxconn Labor Union and to raise employees' awareness of the organization," read the company's statement.

Foxconn's efforts come after the Fair Labor Association reviewed the facilities at Apple's request. While the gesture may serve to enhance the reputations of both companies, it may not do much to truly make a difference in working conditions, depending on how the final process plays out. While Foxconn claimed it was increasing the number of junior employee representatives in its unions with no involvement from management teams, some question exactly how hands-off the process will be. Thus far, the supplier has insisted it will have no role in elections.

"Our employees are our greatest asset and we are fully committed to ensuring they have a positive and satisfactory working environment, which includes greater involvement in the Foxconn Labor Union and a more effective representation of their interests in the union," read a statement released by Foxconn. "Our hope is that our efforts in implementing these reforms will not only benefit Foxconn, but also help to life the standards and practices for our industry in China."

Foxconn's move to increase union representation may not sway other companies with supply chain components operating in China to do the same. Reuters reported worker activism of openly discouraged within the country and not supported by the All-China Federation of Trade Unions.