Home Unlabelled Foxconn may shift manufacturing out of China

Foxconn may shift manufacturing out of China 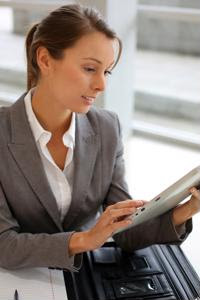 Electronics manufacturer Foxconn has long been a controversial fixture in China, but the corporation may be slowly moving its facilities elsewhere. The company is responsible for a huge percentage of the world's electronics, including Apple products, but has been plagued with reports of poor working conditions, employee suicides and sustainability violations.

The company recently made the decision to slow hiring in China, a move it attributed to an "unprecedented rate" of employees returning to work after the Chinese New Year. However, other signs point to the possibility the corporation is planning to shift operations elsewhere.

Manufacturing may be headed elsewhere

​According to Forbes, Foxconn founder Terry Gou announced he was looking to expand the corporation in Taiwan, Brazil and Indonesia rather than continue growth in China. While China was once the solution for companies looking for low manufacturing labor costs and relatively little oversight, it has become more expensive to operate within the country in recent years. Increased operating expenses, combined with disputes Beijing has had with companies across the globe, has made the prospect of Chinese expansion unappealing for some.

It has also been reported Foxconn is considering moving some of its facilities to the U.S. CNN reported the company already has plants in Texas and Indiana through a subsidiary, but more may be coming, especially as client Apple recently announced it will soon have some its computers produced domestically.

With the possibility of limiting Chinese manufacturing an increasingly possible option for Foxconn, the company may need to work with its clients to rework procurement, supply chains and logistical processes to ensure everything is on track for a smooth transition should a shift in production occur. However, the inconvenience of finding new suppliers or carriers may be worth the cost savings companies could enjoy from working in countries with still-low labor expenses.