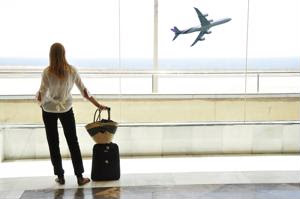 Boeing has experienced plenty of setbacks in regard to its new 787 Dreamliner in recent weeks, and some of the problems may be directly related to the company's attempts to outsource and modify its supply chain to produce the jets. The planes have been grounded due to problems with their electrical systems, unexpected fires and battery issues - unanticipated problems that have left Boeing scrambling to resolve the issues.

Even though the batteries have been one of the main problems the jets face in their struggle to get off the ground, Boeing engineers claim that although the battery problems may be the most public issue, they certainly aren't the only substantial barrier facing the 787 Dreamliners. The Seattle Times reported company engineers are concerned about the power panels, which are responsible for moving electricity to the plane's various systems. According to the source, any serious problems that impact a major system on an aircraft - such as the power distribution panels - must be reported to the Federal Aviation Administration.

Recently, Boeing officials have blamed the continuing problems on the company's supply chain and outsourcing techniques. For years, many corporations have sent their manufacturing and production overseas, as manufacturing labor costs are often less expensive abroad and can result in significant cost savings for businesses. However, because outsourcing typically takes place far from a company's headquarters, it allows a business less oversight and fewer opportunities to make changes when executives, managers and engineers find problems with components or processes. This can contribute to problems down the line, especially if orders are filled without proper testing and issues or flaws are discovered after shipments have already been sent out or production on a large order has already been completed.

Boeing's engineers have criticized the parts used in the 787 Dreamliner, calling them "cheap, plastic and prone to failure," according to The Seattle Times, which could be contributing to the serious problems the jets have encountered thus far. The company doesn't make many of its components, and sources its batteries and many of its other parts from other firms - less supplier oversight could also have contributed to the procurement of less reliable (or cheaper) 787 components.

A 2009 case study investigating the 787 Dreamliner supply chain determined the "unconventional supply chain" Boeing chose to implement for the production of the jets resulted in less visibility and control for the corporation. Rather than working directly with suppliers, Boeing partnered with companies that were responsible for their own subcontracting, leaving them in the dark about happenings deep in the supply chain. The report, Managing New Product Development and Supply Chain Risks: The Boeing 787 Case, cited a variety of potential problems this strategy created, including supply, process, management, labor and demand risks. Keeping its procurement processes short yet optimized may have been a better option for Boeing, which is now struggling with its 787.

This continued outsourcing could have led the company to save on production, but it may not only be hindering Boeing's attempts to have the planes deemed completely safe - it may also be limiting the corporation's ability to fully understand and solve the problems. Different systems and an incomplete knowledge of the parts installed could make it more difficult for engineers to solve the battery and electrical panel problems contributing to safety concerns.

Until the faults in the plane systems are determined and any flaws are repaired, the planes remain grounded while Boeing and and the U.S. National Transportation Safety Board attempt to determine the problem.